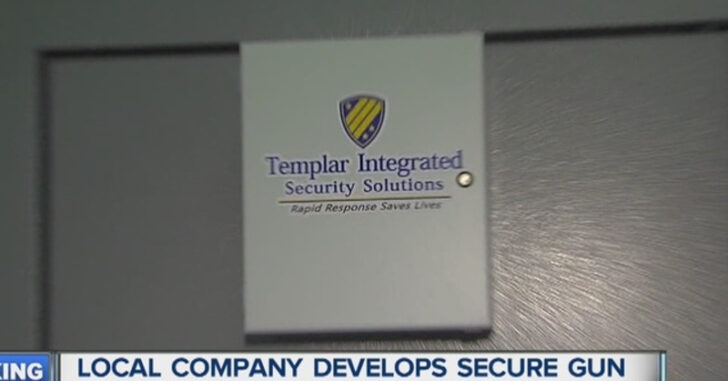 BRIGHTON, MICHIGAN — After the tragedy at Sandy Hook, two business owners had an idea – what if teachers had access to a biometricly sealed safe that stored firearms and could guarantee access-only privileges to firearms and armor in the event of a school shooting?

Since the recent spate of school shootings, both administrators and lawmakers have been curious to find a solution to keeping children safe in school.  Templar Integrated Security Solutions developed one solution: a locked armor and gun safe designed to give administrators and cleared personnel access to protective items in the event of another disaster.

WXYZ Detroit covered a recent article highlighting the company’s intended purpose and how administrators are receiving it.

The system is so far only quoted to be installed in several metro Detroit schools with the main goal of acting as a deterrent–letting the bad guys know they will be met with resistance in the form of school staff who have spent at least a week training at a police academy in addition to learning emergency care for bullet and stab wounds.

While only a few school systems in the Detroit area have signed up for the program, the biometric vaults have already garnered some amount of praise of law enforcement whom have vetted the system.

It’s one of the first articulate responses to a proposed system which would see faculty equipped and trained to deal with an active shooter within the school.

Superintendent Dr. Greg Gray of the Brighton School District, one of the first adherents of the new vault system, has stated that in addition to having armed police liaisons equipped and ready to handle active threats – this system is just one step closer to giving trained teachers the tools they need to protect their students.

So far, the biggest drawback to the system has been its cost.  It’s estimated that to install and set the vaults into a school system, it would cost between $110-$140,000 plus annual monitoring fees.  And there are questions raised as to vulnerabilities to the system.  Should the biometric scanners fail to read the retinas of authorized personnel or the system is unable to communicate with the database or the database is compromised, the vault will not function as intended.  And it’s likely with all new technologies that those faults will be costly to discover and remedy.

Still, this system does appear to be one solution to enable teachers and faculty to properly equip themselves in the event of a school shooting.

What are your opinions on these biometric vaults?  Tell us in the comments section below.