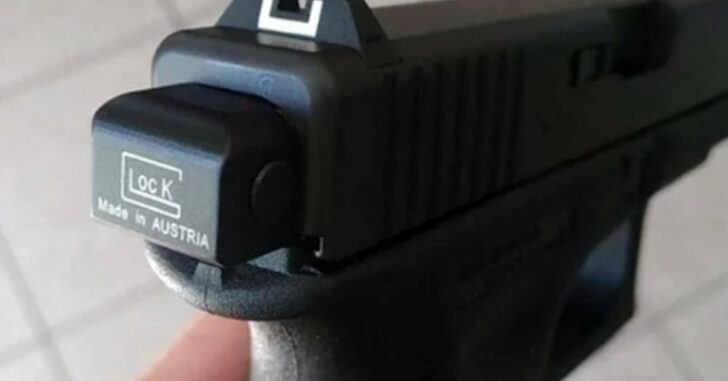 Back in May we wrote about a web site that sells cheap Chinese knock-off gun gear. Some of it is standard fare like trademark infringing holsters, knives, red dots and the like. Buy at your own risk. Just be aware that in addition to rewarding patent pirates, ordering some of the gear they sell could result in a knock on your door and a trip to the local cop shop in the back of a cruiser.

That’s because the site also sells gear like suppressor components and switches designed to turn your garden variety GLOCK into a full-auto bullet hose. Which is, you know, illegal.

The full auto switches have turned up all over the country and our friends at the ATF are busy trying to track down a couple of thousand of them that they know made it into the country. Chicago’s WGN has noticed some in their notably violent neck of the woods.

WGN Investigates has learned the ATF identified over 2,500 individuals nationwide who may have obtained the part, known as a switch, records show.

At least 118 people, possessing a total of 256 switches, fall within the ATF’s Chicago field division – an area that includes parts of neighboring Indiana and Wisconsin.

The ATF is now trying to apprehend the buyers and seize the illegally purchased switches.

The part is not exactly hard to find. In most cases, it was ordered online – from sellers outside the U.S., for as little as $30.

It’s not clear how the ATF got a hold of the sales records for the gear, but . . .

Chicago police have confiscated more switches this year, compared to 2018.

But officials said they don’t know of a shooting where one was used, though that’s the fear.

Have you ordered anything from the mysterious east?