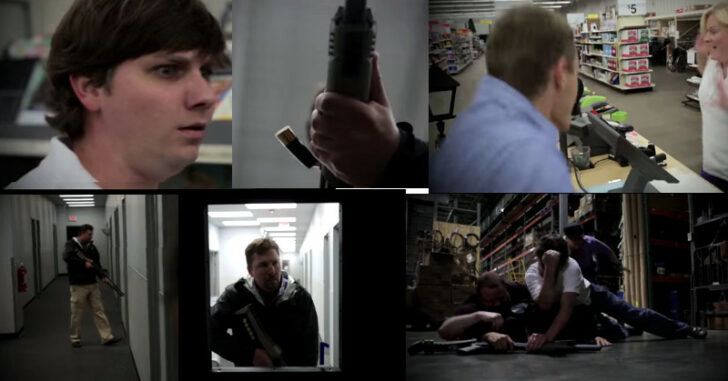 ATLANTA, GA — On January 19, Atlanta Police Department held its first scheduled training session of the year geared towards preparing the public for responding and coordinating during a mass shooting emergency.  This is a fantastic step forward in terms of preparing people for the realities and the choices that may need to be made should they be faced with that horrifying scenario.  The training lesson is called “Avoid, Deny, Defend” and it’s a course of instruction provided by the Advanced Law Enforcement Rapid Response Training (ALERRT) — an organization dedicated to developing sound strategies for law enforcement and civilians to respond to mass shooting events.  The Kennesaw Police Department is holding a similar event for its citizens on the 24th of January.

Reporter Newspapers published the notice for its readers and, hopefully, to spread the word.  This is important as ALERRT has definitely spooled up its training resources for other law enforcement agencies to disseminate to the public for their safety.

Analyzing the statistics, it appears the the most likely place to encounter such a scenario can be in a place of commerce such as a movie theater or shopping center.  Second to that is in a place of education such as a university or school.  And, because of the attacks in Chattanooga last year, domestic military bases and government buildings have become the third greatest center for such attacks.  Ironically, as we’ve discussed many times before, two out of three of these are usually classified as “gun free zones“, though states like Texas and Florida look continually poised to change that. When Marietta Police Department held its training event for its residents, an estimated 800 people attended to learn more about what they can do to make their workplaces, shopping centers, and even places of worship safer from the threat of violence.

Concealed carriers play a pivotal role in this, too.  We’ve discussed in detail our opinion on responding to a mass shooting event and how important it is to ensure that law enforcement and other people understand a concealed carrier’s place in this environment.  Part of that burden is our responsibility to ensure that we maintain a defensive posture and keep tight communication with those around us to ensure we’re acting together.

Teamwork, coordination, communication, evading the enemy and denying his access to critical juncture points are all part of a great strategy of repelling attackers and making “soft” targets much harder to hit.  A critical piece of this is also knowing when it comes time to defend one’s self, use judicious aiming and cover and concealment to ensure the enemy has fewer and fewer choices.

We’re all in this together and through training, coordinating with law enforcement, and keeping a proper handle on our situational awareness, we can keep ourselves and others safe from criminal attacks.