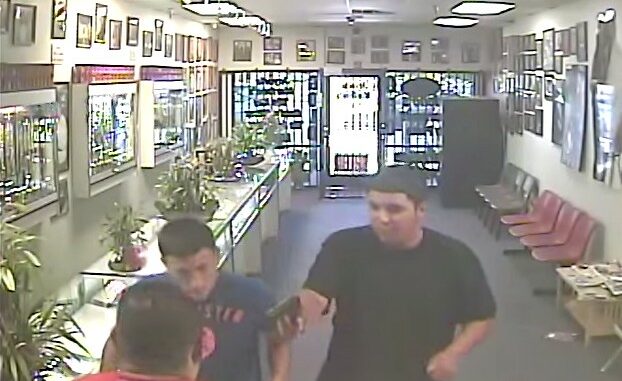 These two idiots thought it’d be a good idea to try and rob this jewelry store in southeast Fresno. As you can see from the video, these two were rookies as they fumbled around the store after pulling a gun on the employee.

Off camera, right before the two are seen running out of the store, the owner comes through a door with a shotgun pointed directly at them. Then *POOF*, they are no longer tough guys.

While the store owners laughed a bit at the attempted robbery after the fact, it was indeed a very scary situation while playing out. To make a scary situation worse, the owner’s daughter was in the back room with her newborn baby. Imagine if things had gone differently.

Luckily, the owner took the steps to arm himself for situations such as this before they happen.