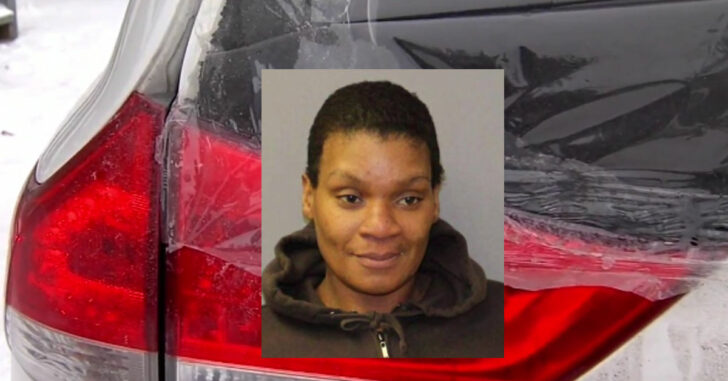 GATES, NEW YORK — A taxi driver successfully defended himself from a passenger after she refused to pay him and advanced towards him with an ice pick. This taxi driver had prior experiences with passengers trying to stab him, though, so he made the wise decision to carry a legally licensed and concealed handgun.

“She had the ice pick and was coming towards me, so I started backing up and she kept coming,” the taxi driver said. “I was like, ‘Look, don’t come any further. Don’t make me do this. I don’t want to have to hurt you.'”

The taxi driver had driven her to where she wanted to go but when he asked for payment, she said she couldn’t pay him. From a prior experience where he had been stabbed 13 times by another passenger, the taxi driver got out of the vehicle and asked her to wait on the curb until police arrived. That’s when 39-year-old Katrina Green drew an ice pick and started walking towards him.

“I believe she would have killed me had if I had been close enough to her,” said the man who drove the taxi.

From experience, he knew he needed to keep distance between him and his would-be assailant. He just kept backing up and trying to calm her down. She stabbed the back of his cab’s window, smashing out the glass. When the opportunity presented itself, he got into his cab and drove off to safety.

This puts someone trying to defend his life in a very tough spot. Thankfully, this taxi cab driver handled it exceedingly well.

Dealing in any industry where you’re exposed to the public can sometimes lead to rough situations like this one. Whether it’s home repairs, taxi, convenience store clerk, security, there’s always a threat that some customer or client could turn violent.

If your state has a process to obtain a concealed carry permit, you’re only doing yourself a favor by obtaining one and then carrying that gun every single day, everywhere you can. How you choose to handle a violent attacker is up to you and your state’s laws concerning justifiable deadly force — but make sure you at least have the option to defend yourself if it comes to that.

Previous article: [CCW IN ACTION] Philly Concealed Carrier Almost Victim Of Carjacking... Until He Fights Back Next article: Guns With External Safeties: Are They Necessary For Concealed Carry?