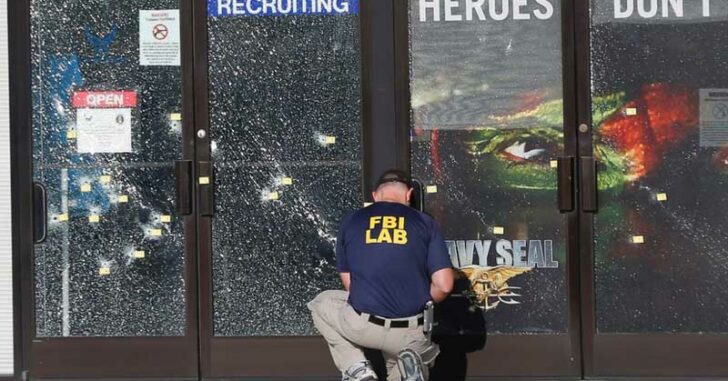 In an unforeseen twist to the story, a Marine who was killed in the attack may have been armed. News sources are reporting that the pistol found next to one of the deceased Marines, a Glock, may have been “privately owned and used by one of the Marines.” Currently, forensics teams are working to determine if the Marine fired shots at the suspect.

The locations in which the shootings took place are considered ‘gun free zones’, and a grand-scale debate is currently brewing as to whether or not to allow military members to carry firearms in these locations.

We will have updates as they become available.