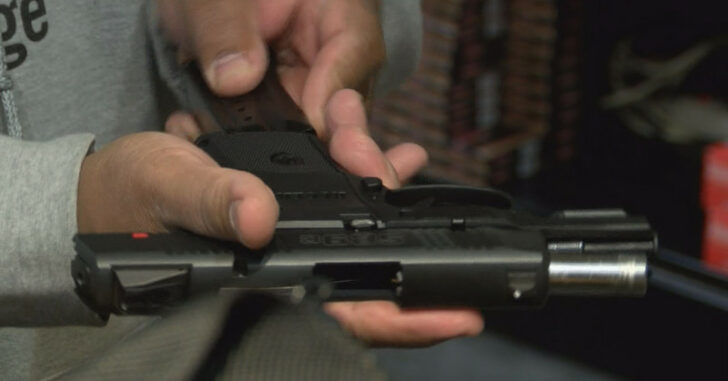 FRANKFORT, KENTUCKY — If you live in the state of Kentucky and have a permit to carry a concealed handgun, the Kentucky State Police are checking up on you, on average, once a month according to an article published by WAVE 3 News.  Their rationale is simple: if a person commits a felony after getting his or her concealed carry handgun, how else will the Kentucky State Police know about it and be able to revoke his or her permit?

It’s a fact that Barry Laws, the owner of a gun range in Kentucky, was happy to expound upon.

According to statistics published by the National Instant Criminal Background Check System (NICS), Kentucky performs nearly 3 million background checks a month.  That’s more than California and Texas combined.  Kentucky leads the nation in conducting monthly background checks using the NICS database because it is required to periodically check up on its concealed handgun licensees.

If at any time, a Kentucky concealed carrier pops for any of the following offenses, his license will be suspended by the Kentucky State Police — the issuing authority in the state of Kentucky.

It’s very surprising that a state known for being absolutely draconian about its gun laws — California — and another state absolutely known for its love of guns — Texas — would both pale in comparison to the sharp eye of the Kentucky State Police.  Well, if you live in Kentucky, there’s just one more reason to keep your nose clean if you’re a concealed carrier… Like you need it.