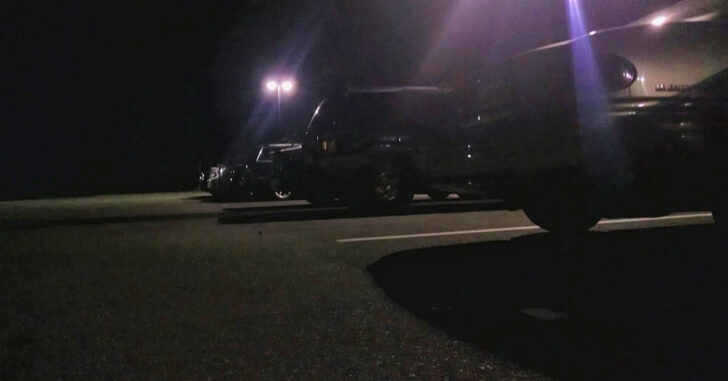 LAS VEGAS, NV — A parking lot dispute turned deadly after two individuals couldn’t settle between themselves who had the right to a parking spot.

The conflict was reported by ABC 13 Action News, and the coverage is as interesting as the dispute itself:

Las Vegas police say a suspect shot a victim with a shotgun over an argument about a parking space. The shooting happened at 9:51 p.m. Thursday in the 6200 block of Ilanos Lane near West Lake Mead Boulevard and North Jones Boulevard.

The victim passed away during surgery and the suspect was taken into custody at the scene… Las Vegas police now say there is no arrest in this case at this time and it is being investigated as self-defense.

It’s worth noting that the last sentence in the above story was added some time later.

The update makes a pretty powerful point. Before that happened, the man who was killed was the poor “victim,” and the man behind the trigger was the “suspect.”

I’m not sure whether it was the police or the news, but someone colored that story before the facts were made clear. I’m willing to guess that it was the news — this may surprise you, but they do that every so often.

The media is often faced with two realities at once, and the reconciliation of those facts can be extremely difficult.

1. They have to report the news as it happens — that’s why it’s news.

Fair enough, but they will occasionally forget the second reality:

2. The facts surrounding a news story are often — almost always — slower to emerge than the stories themselves.

Talented news reporters/writers will take those two realities and report the truth definitively and then express what they believe are the deductions to be made from the known facts.

News reporters who are either poor discerners or more concerned with getting a full story out quickly slam out opinion and fact at once.

Gun lovers know how that often goes where firearms are concerned.

Of course, I’m preaching to the choir, but it’s essential to not only stay safe but to use your mind when processing current events just like this.