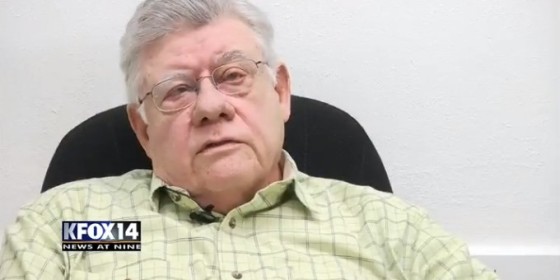 EL PASO, TEXAS — A University of Texas El Paso professor isn’t backing down after a new law was passed in the state that allows concealed carry on campus. The professor, David Smith-Soto, hangs a ‘No Firearms Allowed’ sign in his classroom in defiance.

Speaking of the recent campus shooting in Mississippi, Smith-Soto says that it only strengthens his beliefs of not allowing firearms on campus.

“I was outraged, we don’t need guns in the classroom. I don’t want guns in my classroom,” Smith-Soto said. “I’m dead set against it because anybody who can carry a weapon legally on campus can snap at any time.”

Statistics, though, show us that law-abiding gun owners aren’t the ones to fear. Based on the bold statement above, Smith-Soto is placing myself and anyone else who carries a firearm into the ‘crazy person’ category. To that, I take offense.

I would tell Professor Smith-Soto that many of us train, and I would tell him that over 99% of us are law-abiding citizens. Smith-Soto plans to keep his “no guns allowed” sign up even if his building will allow guns in the new campus carry policy, which all Texas colleges must submit before 2016 to the Texas Board of Regents.

For the University of Texas El Paso, they told KFOX14 that they are in the process of assessing a task force to handle the campus carry policy.