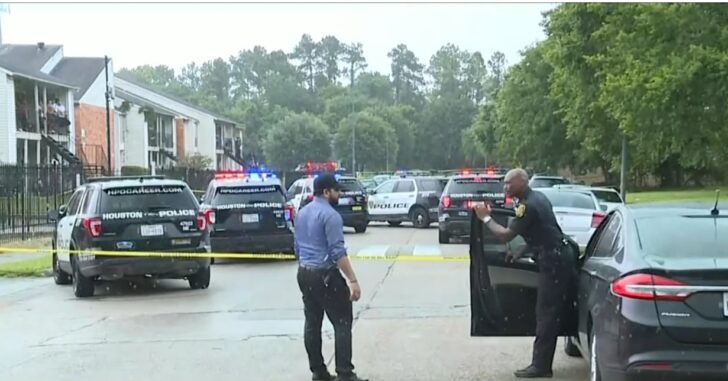 HOUSTON, TEXAS — A security guard at a Houston apartment complex fatally shot a man who had opened fire on another man on Tuesday afternoon. Police say the incident occurred at the Crofton Place Apartments on Crofton Street near Tidwell Road.

According to HPD Lieutenant Larry Crowson, the security guard heard gunshots in the area and went to investigate. He told police that he witnessed a man driving a vehicle and shooting a gun at another man who was fleeing on foot. The guard attempted to intervene and ended up shooting the driver multiple times.

Investigators are interviewing witnesses and reviewing surveillance video as the investigation continues. The case will be presented to the District Attorney’s Office to determine if any charges will be filed against the security guard. The names of the security guard, the deceased gunman, and the person who was fleeing from the gunman have not yet been released.

Intervening in situations that have already escalated to lethal force, especially when the events leading to that point are not witnessed, is extremely risky. If the guard did not know either party or the events that transpired prior to him making visual contact with the parties, he has no idea what led to the gunshots that he responded to. It is also not known if he was a uniformed security guard, or if he properly identified himself to the gunman before opening fire and killing him.

Previous article: Parents React to Discovering Peeping Tom Outside Their Home – Suspect Disarms Mother and is Shot by Father Next article: Does This Bad Guy Pat His Victim Down For Firearms?