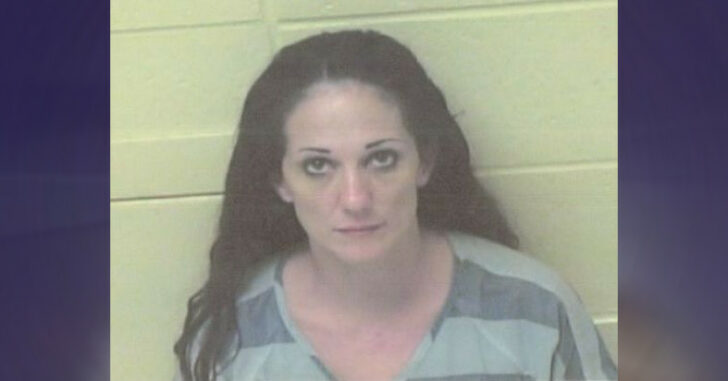 FAULKNER COUNTY, ARKANSAS — Authorities report they have apprehended a man and a woman who broke into a house early Tuesday morning.  The Faulkner County Sheriff’s Office reports that Stacy Wright, 38, took her accomplice to the emergency room with a gunshot to his abdomen.  This is believed to be in response to a botched home invasion in Faulkner County where the unnamed man was struck by a bullet to the gut after he raised a shotgun to the homeowner.

Investigators said the homeowner awoke to the sound of breaking glass, found a man standing in her room, and watched as he picked up a shotgun in the corner of her room and pointed it at her.  A friend who had been sleeping on the couch is said to have fired a shot at the man before being struck in the back by Wright.

If you’re going to have a slumber party, definitely invite your friends that carry firearms.  And next time – secure the ones that aren’t in use.  This is a borderline irresponsible gun owner moment where the intruder is able to get his hands on a firearm.  Thankfully, the homeowner had the good sense to invite company that comes prepared.

Not only are firearms owners great, responsible folks, but they can even wake up in the middle of the night and help you defend your property and your life.  That’s a pal!

Unfortunately, after the homeowner’s friend shot the intruder, Wright struck him in the back before escaping with her accomplice.  No word on his condition.

Stacy Wright is presently in custody awaiting formal charges and her partner is waiting for surgery at Conway Regional E.R.  It’s expected after he recovers, he will be formally charged as well.

It’s a good thing the friend wasn’t loaded with Hydro Shoks or it’s doubtful the intruder would have made it to the E.R.  Now Arkansas will have to bear the burden of one more violent criminal.

That’s what we’re all about – make it dangerous for the bad guys.

Previous article: Couple Awakens To Armed Man Crawling On Bedroom Floor, Then They Ruin His Plans By Opening Fire Next article: Do Tight Gun Laws Help Criminals? We Look At The Facts...