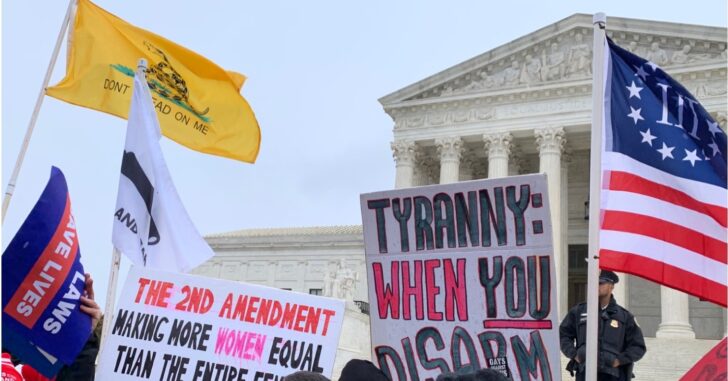 The Supreme Court Justices are willing to take another crack at the city of New York’s unconstitutionally restrictive gun laws that ban bearing arms. The Court has announced that they’ve granted cert to New York State Rifle & Pistol Assn. v. Corlett which centers on whether the Second Amendment protects the right to carry a gun outside the home.

The justices will take up an appeal by two gun owners and the New York affiliate of the NRA, an influential gun rights group closely aligned with Republicans, of a lower court ruling throwing out their challenge to the restrictions on concealed handguns outside the home.

Lower courts rejected the argument made by the plaintiffs that the restrictions violated the U.S. Constitution’s Second Amendment right to keep and bear arms. The lawsuit sought an unfettered right to carry concealed handguns in public.

The case could lead to the most consequential ruling on the scope of the Second Amendment in more than a decade.

This will be the Court’s second time considering NYC’s gun control laws. The first case was declared moot by the high court last year after the city changed its law to dodge a likely adverse ruling. Reading the tea leaves, it seems the conservative justices have counted heads and believe they have enough votes for a pro-gun rights ruling.

Previous article: Man Shot After Opening Fire on Homeowner During “Property Retrieval” Next article: Victim Shot in Face and Robbed After Being Followed Home by Suspects