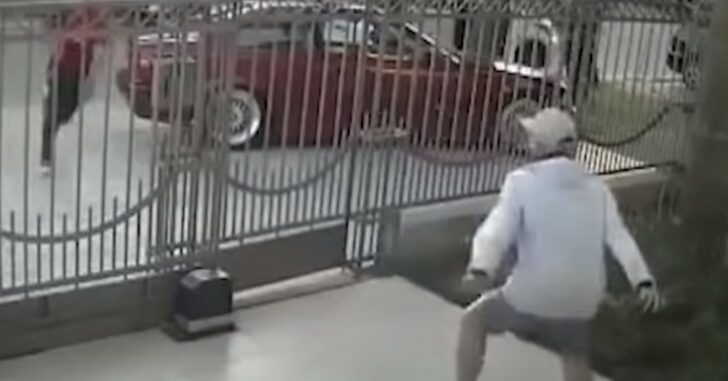 They’re not like you. They will shoot you over valuables. And they will even shoot you for no reason at all.

In the video below, it shows a man getting home and walking through his security gate. He’s quickly followed by three armed bad guys who are looking to rob him and get into his house.

That homeowner is unarmed, and at the mercy of these three thugs.

And he got lucky. At the end of the video, one of the armed attackers points the gun at the homeowner and pulls the trigger, but luckily that’s the end of it. There was no bang, and the homeowner made it out with his life.

Possibly the only time to defend himself, had the homeowner been armed, would have been just before they came storming through the gate.

This is reality, folks. Are you prepared?

Previous article: HEX™ Is Setting The Standard For Red Dot Implementation. Available Now. Next article: Ammo Shortage: Would You Still Carry If All You Had Was Target Ammo?