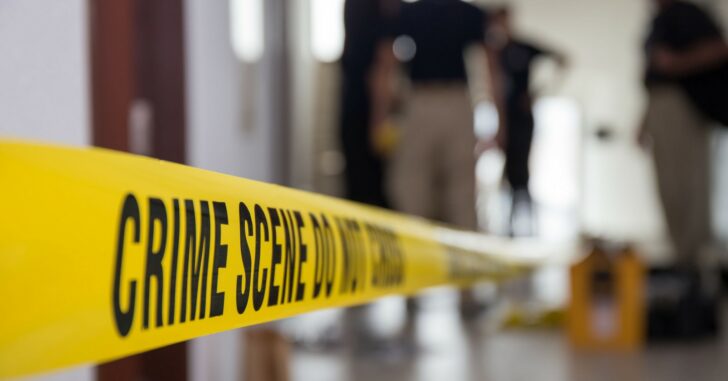 CHICAGO, ILLINOIS — He wasn’t even on the clock yet when an off-duty officer spotted a crime in progress on his way to work. After attempting to stop the crime, our off-duty cop found himself in a surprise gunfight.

Police say an officer heading to work around 8:30 a.m. was in the 5200 block of North Lawler Avenue when he saw someone trying to steal a catalytic converter from a parked vehicle. He announced he was an officer and attempted to intervene when the suspect shot at him.

It was initially unclear whether the suspect was struck, but it turned out he was wounded in the hip.

Police later said a man arrived at St. Bernard Hospital in Englewood with the gunshot wound. He was stabilized and transferred to Stroger Hospital of Cook County for treatment, and was also taken into police custody, police said.

“I think this highlights not only the work ethic, but the investment that Chicago Police officers put in their neighborhoods, and the lengths that they go to to keep them safe,” Beck said.

The incident, including the comprehensive use of force investigation, is being investigated by the Civilian Office of Police Accountability, and the officer involved will be placed on routine administrative duty for 30 days.

A police officer’s work never seems to be done. Individuals employed as police officers typically carry their police powers 24 hours a day in their jurisdiction, whether they’re on the job or not, according to a recent ThinkProgress report. That includes the power to arrest, use force, and the power to shoot.

In this case, a police officer was on his way to work (still off duty) when he spotted a crime in progress. Someone was trying to steal car parts from a parked vehicle. When the off duty cop approached the suspect and identified himself as an officer, the suspect opened fire on him.

The ensuing shootout resulted in the off duty cop landing a shot on the suspect. However, the suspect managed to get away. It would be hours later when the suspect showed up at a hospital to get treatment for his wounds. The suspect was then arrested, as he matched the description from the officer.

No one likes to work off the clock. No one likes trying to help out off the clock, and find themselves in a full blown work crisis. That is exactly what happened to our off-duty cop. I’m sure he thought this would be a simple task of stopping the crime in progress and chasing this thief away. Seconds later, however, he was being shot at.

Furthermore, getting involved in this incident really thew a curveball into the officer’s life. Because of the unexpected altercation, the officer had to be placed on 30 day administrative leave. Thankfully he got public praise from his boss.

Sadly, police officers today seem to get a bit of unfair treatment. This includes portrayals of police in music, television, and the media. We have seen the effect of this as police officers get refused service at restaurants and cafe’s. The truth, however, is that most of these officers are extremely hard working and dedicated to their jobs. Most officers join the police because they want to keep their communities a safe place.

Our off-duty officer in this story did not have to stop and intervene. He could have just kept driving to work. Instead, he made the effort to stop a crime. Someone’s car was being ripped off, a victim was being created in real time. So he stepped up; and that nearly cost him his life.

Instead, he stopped a crime and took a violent criminal off the street. I am sure the community will be in a much better place when his 30 day leave is over. They need more officers like him on the streets.