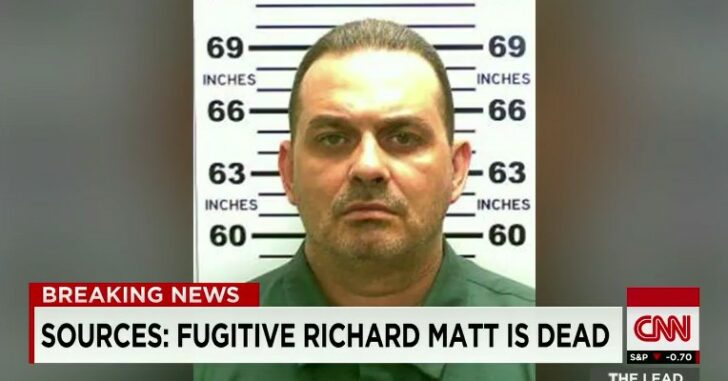 PLATTSBURGH, NEW YORK — One of the two escaped prisoners from Clinton County Correctional Facility in New York, Richard Matt, was shot and killed by officers today.

The other escaped prisoner, David Sweat, is believed to be in the same area as well, but has yet to be captured.

The pair apparently had found firearms to arm themselves and according to sources, Matt apparently shot at a driver that was in a camper near Malone, NY. The driver called 911 and when police arrived to the scene, a gun battle ensued between Matt and police.