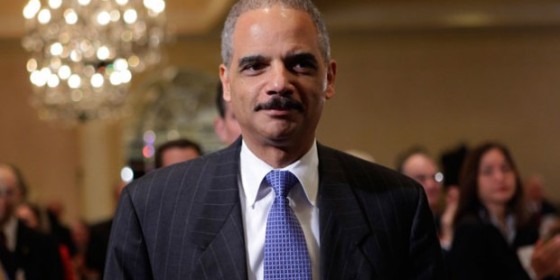 Today, US Attorney General Eric Holder Jr. spoke from Paris about the potential for similar Paris-type attacks to occur in the United States by people linked to terrorist networks.

“It’s something that frankly keeps me up at night, worrying about the lone wolf or a group of people, a very small group of people, who decide to get arms on their own and do what we saw in France,” he said on CBS’s “Face the Nation.” “It’s the kind of thing that our government is focused on doing all that we can, in conjunction with our state and local counterparts, to try to make sure that it does not happen.”

While they do what they can to stop these attacks from happening on American soil, we’re doing our part by utilizing tools at our disposal. The recent attack in Paris was a quick burst of violence that left 12 people dead in a matter of minutes. As I watched the news unfold I thought to myself, “Why wasn’t there an armed good guy to try and fight back?”

Our own personal safety does not stop at a mugger, rapist or home intruder. Any dangerous situation that a person may find themselves in, be it an armed robbery at a store or a small group of terrorists looking to cause destruction inside a business, the concealed carrier is more prepared than the average person.

Carrying a firearm; we need to fight to expand the places that we can legally carry. We need to get more people involved in the community. We need to turn folks on to the importance of self-defense, preparedness and self-preservation.

This much I know for sure; If I am ever in the unfortunate situation of being up against a lone wolf terrorist or group of terrorists, I’m not going down without a fight.

It can’t happen to you? Tell that to the families of the deceased victims of this latest attack.

Previous article: [VIDEO] No One Ever Wants To Pull The Trigger: Even The Police Edition Next article: Concealed Carry Laws May Be Changing In Hawaii; Solicitor General Warns Of Wild West Shootouts