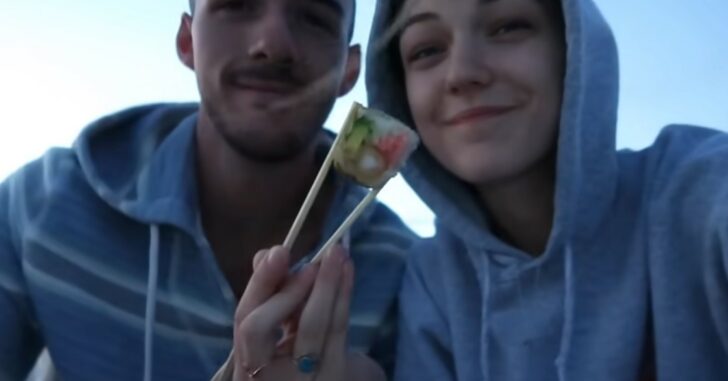 MOAB, UTAH — A recently married couple were found dead on Wednesday August 18th while camping. Kylen Schulte and Crystal Turner were frequent campers, and loved in their community. When they didn’t show up for work, people became concerned and called police. A friend decided to go out and search after police couldn’t locate them.

That same friend located one of the bodies and called police, who found the other. The two had been shot multiple times.

Schulte and Turner, in the days prior to their deaths, met up with friends and told them about a “creepy man” who had been lingering around them for a few days. It was so unsettling that they apparently were going to pack up and move to a different location.

Fast forward a few weeks later, present time, as the nation is trying to figure out what happened to 22-year-old Gabby Petito. Petito and her fiancé, Brian Laundrie, had been traveling across the country in a converted van. Petito is an aspiring blogger, documenting the trip and starting a YouTube channel under the name Nomadic Statik.

One video had been posted, on August 19th, which can be seen below.

The last time anyone saw Petito was on August 24th, when she was seen leaving a hotel in Salt Lake City, Utah. A strange turn occurred when Laundrie showed up at his home in Florida with the van on September 1st, without Petito. Since his arrival solo, he has refused to speak with authorities and is considered a person of interest in Petito’s disappearance. Petito was reported missing by her family on September 11th.

The family’s last text from Petito, sent on August 30, read “No service in Yosemite”.

A timeline of known events can be found here.

A possible connection between the disappearance of Petito and the murders of Schulte and Turner is actively being investigated by local police. So far, there is no known evidence to connect the two incidents. Fox News pointed out the following information, which police are likely taking a look at:

Schulte worked at Moonflower Community Cooperative in Moab, which is the same location that Petito and her fiancé, Brian Laundrie, got into a fight on Aug. 12, according to a police report obtained by Fox News.

That fight caused a witness to call police, who found the van and pulled the couple over. Police just this week released badge cam of the encounter, and ultimately separating the couple for the night. Petito left with the van, while Laundrie stayed in a hotel for the night that was set up by police.

That complete body cam footage can be viewed below:

I hope that Petito is found safe, and that Laundrie will provide police with any information that he has

Both of these stories show us, sadly, that we’re on our own. It’s one of many reasons why we promote responsible concealed carry, and other ways for individuals to protect themselves when no one else is around to help them. At this point it’s complete speculation as to there Petito is and if she’s safe, but we can’t ignore the fact that the person she was traveling with isn’t talking with police or helping Petito’s family with information.

Anyone with information is encouraged to call Crime Stoppers at 1-800-220-TIPS.

Previous article: First Date Ends Abruptly After Man Is Shot While Struggling With Armed Robber Next article: Man Claims Self-Defense In Fatal Shooting Of Suspicious Person On His Property