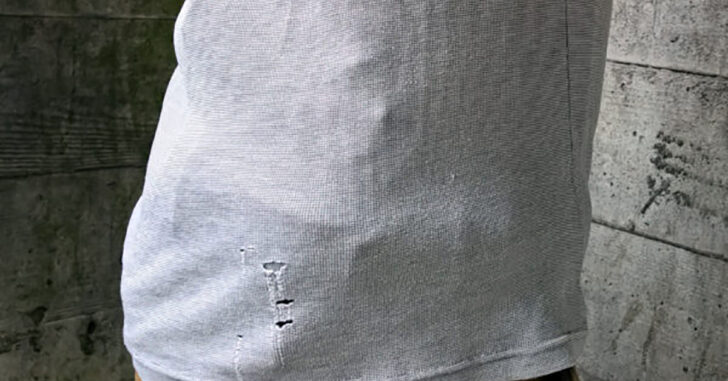 By Sam Hooper via The Truth About Guns

One of the biggest aspects of concealed carry that people worry about — especially new carriers — is printing through their clothing. Some people obsess over how much they print, fretting about the tiniest impression made by their EDC gun and carry holster. As most concealed carriers come to learn, a little printing is actually no big deal.

Most people find once they start carrying a concealed pistol that the vast majority of the general public really isn’t paying attention. That little point on your shirt where the butt of you pistol’s grip pokes through? No one will notice. And if they do, they won’t think “gun.” But people who carry a gun themselves tend to be a little more aware. What if you notice someone who’s noticeably printing? Printing enough that you can not only see a little bump from the grip or the rear sight, but can practically identify the make and model he or she is carrying through their shirt?

It looks tacky. And it’s liable to panic some of the, well, let’s say the more excitable element of the non-carrying public. And in some jurisdictions, it may actually be treated as a crime, depending on circumstances.

Some people figure that’s the other guy’s problem. After all, it isn’t exactly difficult to carry without printing since all your really need is a shirt that hangs a little loosely and a bit of adjustment to the position of the pistol and presto…no printing. Granted, the gun you carry plays a role; some people can manage to pull off carrying a SIG P226 daily and some can’t get away with much more than a Walther PPK.

If some rando doesn’t care if he prints like it’s going out of style, it’s his risk he’s running. Why bother mentioning it?

There’s certainly something to be said for that, but then again some people have a more helpful nature. All those reasons that exist for printing being a bad thing are also reasons to mention obvious printing to someone. If a person isn’t aware of the issue, letting them know can help prevent a potential problem. And obvious printing is one of the things that can give concealed carriers a bad name. It’s just being helpful.

Some people don’t know when they print badly. If people can read “GLOCK” through your shirt without you knowing it, you might appreciate someone letting you know. I know that I would.

But there are also reasons not to approach that person. Some people just don’t care and don’t appreciate anyone’s attempt to help them, no matter how well-intentioned the impulse. That can lead to some unkind words and a potential confrontation no one wants.

Granted, some people like pointing out when someone else gets something wrong just for their own gratification. Spend three minutes on any internet site and you’ll find hundreds of them. A person being told their gun is showing may have to question whether it is being proffered out of genuine concern or for the smug satisfaction of the person offering it.

Erring on the side of caution is always prudent, but what would you do in this situation? Have you ever told someone they were printing?