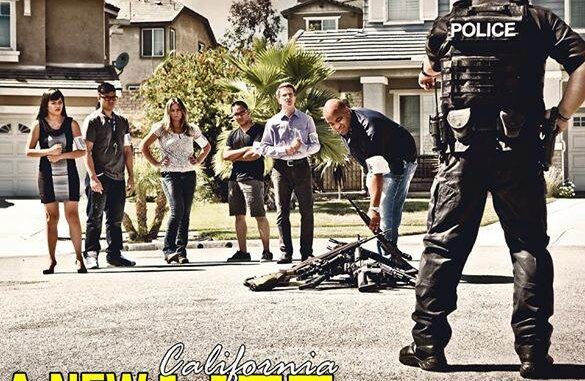 Lawmakers in Sacramento, CA are proposing a new bill, AB 1014, in response to the recent STABBING/shooting in the state last week. We have taken a look at this law and it’s nothing to sneeze at. While it aims to stop tragedies like the one last week from happening again, we don’t see how it will. California already has some of the strictest gun control laws that the country has ever seen. These laws include ones that prevent mentally ill individuals from obtaining firearms.

(Los Angeles Times) Family members, partners and friends would have the ability to alert law enforcement if they believe someone poses a threat to themselves or others. Law enforcement officers would then be able to petition a judge to grant a restraining order that could prohibit possession or purchase of a gun.

Anyone can be a target

Under this bill, the only thing that would stand between you and your firearms is someone saying that you’re a threat. The police then get the ‘OK’ from a judge to confiscate your firearms until you are no longer deemed a threat to yourself or others.

What if you have a neighbor that you’ve just never really gotten along with? What if they feel like causing trouble just because? It happens all the time in the daily lives of people across the world, and we don’t see this being any exception. This bill will be abused and people will lose their ability to protect themselves and their families.

Don’t forget that this isn’t a gun problem

Watch the video below to get a more in-depth look at this proposed bill.

Previous article: [POLL] How many rounds do you fire on average while visiting the range? Next article: [VIDEO] Store clerk stops armed robbery with a quick surprise for the robber