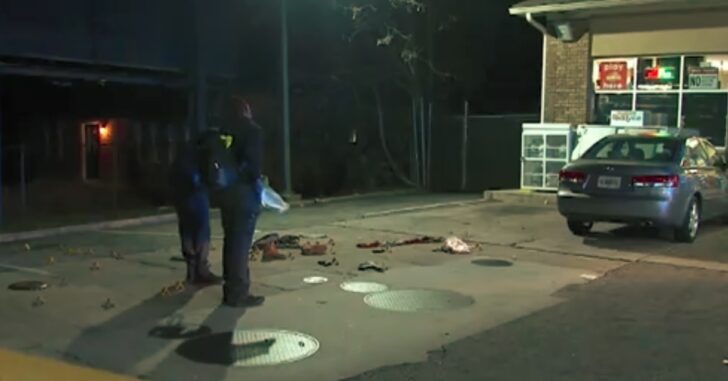 ATLANTA, GA — When one man was given the choice between ignoring a robbery victim’s need for help and taking on three armed thugs, he chose the latter.

Unfortunately for him, it was not a fight he won.

As The Washington Times reports:

Police say the three suspects pulled into the gas station and tried to rob a man in the parking lot, at which point the man who was shot intervened. Police have recovered both weapons used in the shooting. The suspects fled and haven’t been identified. It’s unclear if they were shot.

Fox 5 News further reports that the Samaritan was shot at least five times. Almost unbelievably, that good Samaritan was taken to a local hospital and listed in stable condition.

A handgun and a “modified AK-47” were reportedly found at the scene. Oddly enough, there was also some question as to the location of the original robbery victim’s identity and location.

You can check out additional video coverage of the incident below:

It’s vital for responsibly-armed citizens to give assistance to community members in danger. However, it is vital to know who you’re engaging, and have some kind of plan to engage them.

Even if the three people you’re facing are inexperienced, scared kids — they’re still three people, and such action has to be taken very carefully.