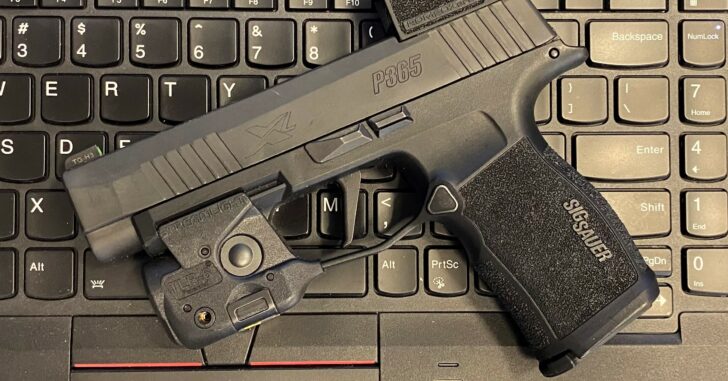 First and foremost, I want to say a sincere thank you to my boss, mentor, and most importantly, my friend Brandon Curtis. I appreciate the opportunities, the advice, the grace shown to me when I’ve screwed up, and the friendship that seemed to form almost instantly after our introduction.

This is the five-hundredth article that I have written for Concealed Nation since coming on-board in mid-October of 2020, seven months into the global pandemic and just weeks before the four-year election cycle came to a head with the 2020 Presidential Election.

I have witnessed and written about a lot of things that I never thought that I would see in this country during these last 18 months, but nothing has been more interesting to watch than the unprecedented rise in firearms sales and the number of Americans arming themselves in the interest of self-defense – for better or worse.

Just as I thought gun sales were cooling off a bit, Americans proved me wrong.  In the first two months of 2022, January sales rang up to just over 2.591 million, with February falling to just shy of 2.555 million. To find sales figures that low, we must look all the way back to November 2019, when nearly 2.575 million purchases were made.

2020 and 2021 were record setting years, with sales of 39.695 and 38.876 million, respectively. Those in the market to purchase a gun found empty shelves at their local gun shops and big box retailers and ‘Out of Stock” or “Backordered” banners in most every online store on the worldwide webs.

Today I pulled the March 2022 numbers from the NICS report and guess what…there were nearly a half-million more background checks last month than in the previous two months. There’s no doubt that the war between Russia and Ukraine probably fueled some of the increase, but I suspect that the increased availability of many guns that have been unavailable for many months also had an impact on the numbers.

Back to the previous two years…. those who were fortunate enough to find and purchase guns paid a premium, often paying more money for less gun than they wanted. Unfortunately, many people ended up with guns that were not a good fit for them. Across the board, from entry level self-defense handguns to high-end combat pistols, competition to hunting, customs and high-end collectible rifles, everyone faced the realities of low supply and high demand, complicated by manufacturer shutdowns and slowdowns due to the pandemic and shortages of raw materials from their suppliers around the world.

Ammunition was the same story, whether it was practice range or self-defense rounds for handguns, rifle cartridges, or shotgun shells. Demand was unprecedented and manufacturers struggled to keep up. Store shelves and online bins were bare, prices were through the roof, and fresh restocks lasted only a few minutes before they were snapped up by anxious buyers in person or online.

During this time, we saw an extremely high number of new gun owners and new concealed carry permit holders. Unfortunately, many of these new first-time owners had little to no experience with firearms of any type, zero knowledge of the basic rules of gun safety, and many were clueless as to the legal requirements of gun ownership and the use of lethal force.

With the pandemic restrictions, the climate was not conducive to holding knowledge classes or skills training for the masses, so many people simply took whatever gun they could buy home with whatever ammo they could buy, with no idea of how to be a responsible gun owner and no intention of ever learning to properly handle a firearm.

Many have no idea how to properly store a firearm to keep it from falling into the wrong hands…a child or adolescent, an adult lacking in responsibility or with mental health issues, or a criminal. A nightstand or dresser drawer, entertainment center, or couch cushions is not a gun safe. We have written tragic stories involving all of these.

Many have no idea how to carry it responsibly…a waistband, pocket, purse, or vehicle console is not a holster. The number of guns stolen from unlocked vehicles is astonishing and by default they fall into the hands of a criminal and are often used in violent crimes. The number of toddlers who have pulled a pistol from their mother’s purse and killed or injured family members or themselves is astonishing. Again, the horror stories are plentiful.

Let me pause here to say this: For those of you who think that this author and/or this article is a left-leaning hack job that is just giving the gun-grabbers more ammunition in their never-ending cry for gun control, relax and keep reading.

Those who seek more restrictive firearm laws and regulations do an unbelievable job of collecting data, and have for many decades. You will never read about any accidental, negligent, or intentional shooting here that they haven’t already logged into dozens of databases that will be used to create studies and white papers to support their never-ending public persuasion campaigns to influence the economic, social, and political realms, as well as their legislative attempts to create more and more ineffective laws for gun manufacturers, dealers, and owners.

The primary objective of Concealed Nation is to “promote and educate the public on responsible and legal concealed carry”. One of the main vehicles for accomplishing that it by publishing news stories, primarily from the United States. In these stories are examples on both ends of the spectrum, and everything in between.  From the legal concealed carrier who successfully and lawfully defends their loved ones from a bad guy, to the one who fumbles a draw and loses the gunfight, to the one who shoots a fleeing prowler and goes to prison for murder. From the father who loses a son because he found dad’s loaded gun in a nightstand, to the mother who is fatally shot by her daughter after finding a loaded gun in mom’s purse. Hundreds of examples every year of the good, the bad and the downright ugly.

Back to my point – many new owners have no idea of the dangers or benefits of carrying with a loaded chamber, no idea how to properly grip or aim a handgun, no idea how to clear a jam or perform a reload under duress, and no idea how to carry and draw a loaded handgun properly and safely.  Should they ever need to defend themselves or their loved ones, many are more likely to be shot or shoot themselves or an innocent bystander while trying to draw and fire their gun in self-defense than they are to shoot their assailant.

Then there is the legal aspect. I can’t count the number of uninformed, untrained, and unskilled gun owners whose first response is to shoot anyone that they perceive as a threat, or anyone who has wronged them. I need look no further than my home state for three examples, and no farther back than a few months.

Less than a week ago a woman got out of her car in a crowded pharmacy parking lot on a busy Saturday afternoon, shot another woman in the back as she sat in her car, then ran around in circles saying, “What should I do now?”, all because one cut the other off as they pulled into the CVS parking lot. The day before, an on-duty firefighter was shot as he and his crew ate lunch outside of a busy hot dog stand on a Friday afternoon. Several weeks ago, a Charlotte Area Transit System (CATS) bus driver was fatally shot by a young man who pulled up beside him at a light after some sort of incident between them in traffic.

Then there are those who shoot people for being in their yard or driveway, breaking into their car, or fleeing their property after a break-in or theft. In a large percentage of these cases, the gun owner faces charges ranging from manslaughter to murder, because they either didn’t take the time and make the effort to learn the laws of their state, or they chose to ignore them. Not every person who steps on your property or steals from you presents a legitimate threat that rises to the level of using lethal force and claiming self-defense.

And for many, their gun will remain loaded with the same original cartridges or shells while the rest will remain in the box, in a drawer or on a shelf…for years. It will never be disassembled, cleaned, inspected, lubed, reassembled, and safely checked for proper function. They will never go to a range or seek instruction, never practice safely loading and unloading, and never becoming familiar or comfortable with safely handling a loaded firearm. They will never answer the question of which eye is dominant, learn what the correct sight picture is for their gun, how to acquire their target, control the recoil of a discharge, or instinctively bring their sights back on target.

OK, enough for now…I’ll get down off my soapbox.

Here at home in the U.S. we are beginning to see a fairly good selection of firearms and ammunition available in brick-and-mortar shops and online, and prices are slowing coming down despite record inflation in every consumer category. What the April numbers and the remaining months in 2022 will reveal is anyone’s guess. My guess is that we’re going to see sales continue to rise throughout the remainder of this year. Whether supply can keep pace with demand this time around remains to be seen.

Now that the last holdouts of pandemic restrictions are being lifted, in person classes and training are now possible, and sheriff’s departments are finally beginning to catch up with the mountains of backlogged concealed carry permits that sat for months awaiting processing due to overwhelming demand and staffing issues.

Globally, supply chain issues still exist and a David and Goliath war between a small independent country and their world superpower neighbor is in its second month, forcing every other major nation in the world to pick a side, with economic sanctions leaving no one unaffected, regardless of where you are or who you support.

We have an administration that appears more focused on selling windmills, solar panels, and electric vehicles than it is concerned with using our vast natural resources to fuel our ever-growing economy, enforcing the rule of law and supporting those that fight crime in our mean streets every day.

So, here’s to the next 500…keep your powder dry, boys and girls. It’s going to be an interesting ride.