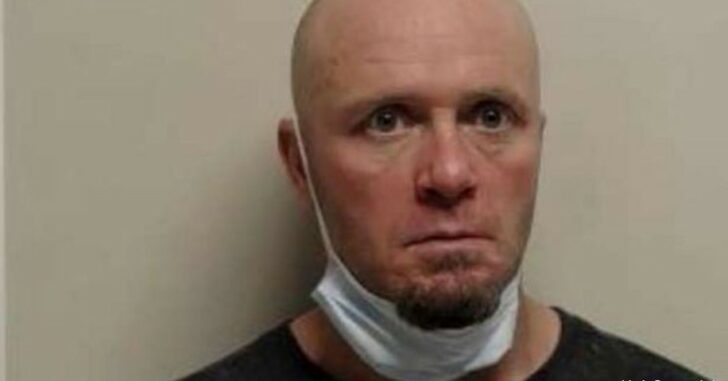 AMERICAN FORK, UTAH — A man released early from jail, due to concerns that COVID-19 would spread easily through the prison systems, went on to commit multiple felonies.

Surprise! It was going to happen sooner or later, unfortunately.

Joshua J. Haskell, 42, of American Fork, “forcibly entered a home … (and) using a large, serrated knife, he threatened the homeowner and tied her up with shoelaces,” according to charging documents.

The woman told police that she was sleeping when she woke up to the sound of creaking stairs and discovered a man she had never seen before standing in her room holding a knife “raised toward his head with the knife pointing down,” according to a police affidavit.

“The victim began screaming and yelling, at which point the male told her to be quiet or he was going to cut her head off,” the affidavit states.

Haskell tied the woman up and began taking her bank cards and other valuables. Soon after, the woman’s son heard his mother scream and he called 911.

When officers arrived, Haskell was still in the woman’s bedroom. When he realized that police were there, he got into the bed and told the woman to tell police that he was her ‘lover’. When Haskell tried to get situated in the bed, the woman jumped up and ran downstairs to the waiting police.

Haskell was then arrested. Will they keep him locked up this time? Was holding a woman at knifepoint in her bedroom enough to deem him a threat to society? Time will tell.

“It is of note that Haskell had recently been incarcerated at the Utah State Prison after previously being released on parole and committing a parole violation. Within in the last few days, Haskell was released from the Utah State Prison to a halfway house. … However due to the current COVID-19 pandemic, he was suddenly released on (March 17),” police noted in their affidavit.

The woman told detectives that “she was sure she was going to die and that she was just waiting for the suspect to stab her,” the affidavit states.

This poor woman had to go through this experience because of a terrible policy to release people from custody early, simply because a virus is spreading around. They do this ‘in the best interest of public safety’, but I can’t seem to figure out how this is the case.

Not too long ago, a prison in New York was catching heat after it was revealed that they released over 50 felons, three of which are Level 3 offenders. Each of the three were convicted and serving time for the rape of a minor. You know, just the kind of people we want released early.

Previous article: Concealed Carrier Opens Fire On Armed Robbers, Could Face Jail Time As A Result? [VIDEO] Next article: Woman Takes Headshot On Intruder Who Had Choked Her Fiancé Unconscious During Home Invasion