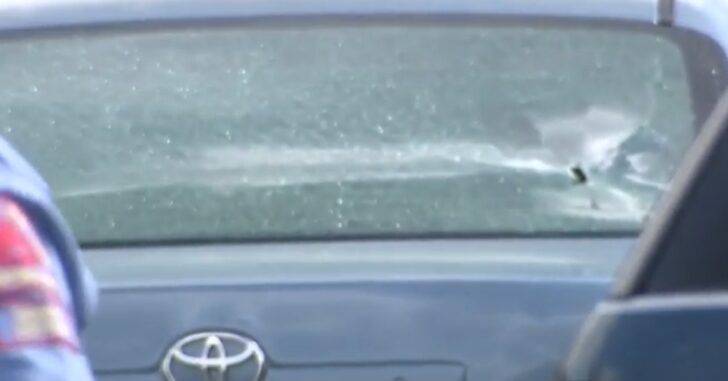 RALEIGH, NORTH CAROLINA – A woman is hospitalized in critical condition and her assailant is possibly facing decades in prison for the shooting. The incident occurred in the parking lot of the CVS Pharmacy on Battle Bridge Road on the afternoon of Saturday, March 26th.

Sharon Thomas, 53, was transported to WakeMed hospital where she remained in critical condition as of Monday afternoon.  Tiffany Latoya Jackson, 35, was arrested on the day of the shooting and has been charged with Assault with a Deadly Weapon with Intent to Kill Inflicting Serious Injury.

A male witness called 911 to report the shooting, and in doing so provided responding officers and investigators some insight into what may have led up to the incident. He told the operator that one woman shot another woman in the back, also stating, “They were coming into this driveway. They were cutting one another off. The girl in the burgundy car got out, pulled out a gun, shot her, and now she’s running around in circles saying, ‘What should I do?’”

Two other cars in the parking lot were struck by bullets, but no one else was injured. Jackson made a first appearance in court on Monday afternoon and was released after posting bond. She has an April court date and told the judge that she would hire her own attorney. If convicted, she could be sentenced to up to nearly 40 years in prison. She has no prior criminal history.

This was the second daylight shooting in a public parking area in as many days in North Carolina. On Friday, an on-duty firefighter and a civilian were wounded when two men opened fire outside of a popular hot dog stand in Winston-Salem. Both victims are in stable condition and two suspects are in custody facing multiple charges.