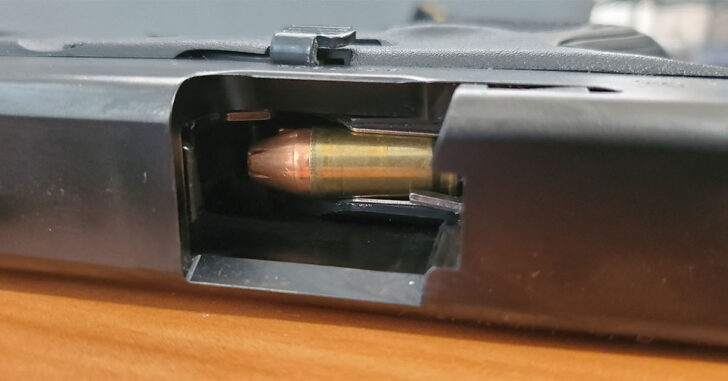 We conducted a poll on our Facebook page to see who did what, and the results aren’t surprising at all. However, let’s remember that some of the ‘Yes’ votes probably carry empty-chambered and voted ‘Yes’ to avoid criticism.

Even with that being the case, the overwhelming majority hit that ‘Yes’ button. Here are the results:

For some who voted ‘No’, they presented their argument.

Just from this exchange along, you can see how each person has their own set of criteria, as well as different things going on in their lives and minds.

In any case, regardless of anything else, the following sentence holds true: If you are confident in yourself, your firearm, your holster, your training and your mindset, carrying with a round in the chamber should be a non-issue.

Still, getting people over the hump sometimes takes a little while, but that doesn’t necessarily mean they shouldn’t carry at all. For those people, however, they must consider the following:

Most self-defense situations happen quickly and in close proximity. If you fail to have a chambered round, you may not have time to rack the slide to get ready to fire. Think of it this way: If you’re pumping gas and someone comes up to you with a knife, you’re likely not going to have time to chamber a round. Another example is inside the home. If you’re sitting on the couch and someone starts breaking down your door, you’ll likely have enough time to rack the slide. Unless of course they get it down with one kick and depending on your proximity to the door.

The list goes on and on forever and ever.

The real answer is this; The best way to be prepared is to train, be confident in yourself and your firearm, and be as prepared as you possibly can. And that includes a chambered round.