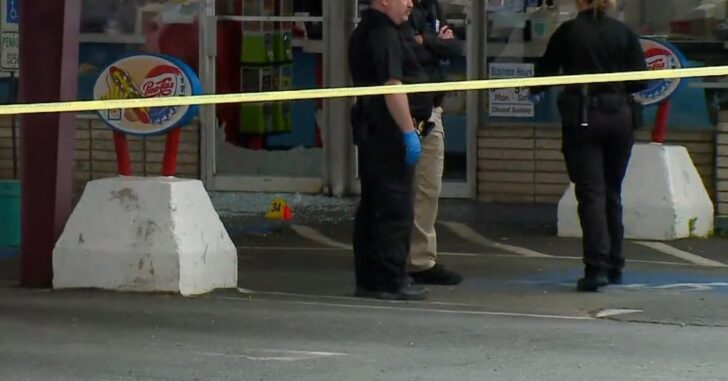 WINSTON-SALEM, NORTH CAROLINA — Two men have been arrested after allegedly shooting an on-duty firefighter and a civilian Friday afternoon. The incident occurred outside of Kermit’s Hot Dog House around 2:30 p.m. on March 25th, according to Winston-Salem Police Department.

The two suspects in custody are Elijah Tyshawn Staton, 18, of High Point and Kristan Jevon Allen, 21, of Winston-Salem. Both are charged with two counts of Assault with a Deadly Weapon Inflicting Serious Injury with Intent to Kill and Discharging a Firearm onto an Occupied Property. In addition, Allen is facing four drug-related charges for possession and trafficking.

At the time of the incident, on-duty Winston-Salem Firefighter Ross Michael Flynt and his fellow firefighters were enjoying a late lunch in the restaurant’s outdoor seating area. The other victim, Patrick Dewarde Carter, was leaving with a take-out order. According to witnesses, a blue car drove into the parking lot and some of the vehicle’s occupants began shooting at customers before the vehicle sped away from the scene.

The firefighters who were eating with Flynt began rendering aid to him and Carter until paramedics arrived. Both men were transported to Atrium Baptist Medical Center for treatment and were listed in stable condition. Flynt also works part-time at the nearby Walkertown Fire Department, where he serves as Fire Chief.

Detectives have determined that at least two firearms were fired from the car during the shooting. Allen is being held under a $250,000 secured bond and Station under a $151,000 secured bond. Both were scheduled to appear in court on Monday, March 28.