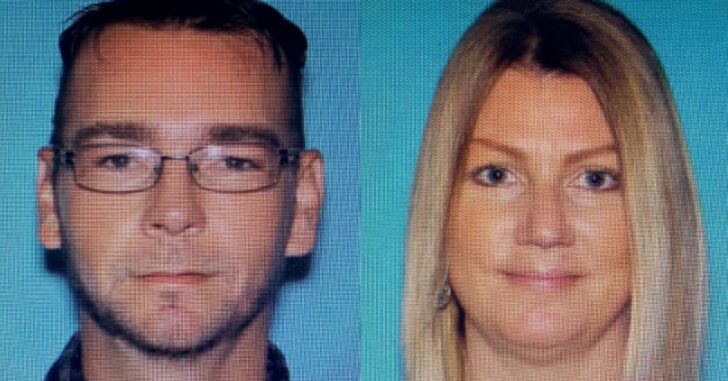 UPDATE 12/04/21 @ 2:02 PM EST: James and Jennifer Crumbley were found last night after a citizen located their vehicle and called police. The couple had been missing following an announcement of charges against them in relation to their son’s alleged mass shooting at his high school. The owner of the building noticed a vehicle that looked out of place and upon inspection, realized it belonged to the couple.

PONTIAC, MICHIGAN — The parents of a 15-year-old who opened fire inside his school, killing 4 and injuring 7, are missing after authorities announced involuntary manslaughter charges against them in connection with the mass shooting.

The charges were announced earlier today, and shortly after, it was revealed that the couple could not be located and has stopped responding to their attorney’s phone calls and texts.

The U.S. Marshals and the Oakland County Fugitive Apprehension Team have been searching for them, but the couple’s attorneys said that they would be returning to be arraigned.

“The Crumbleys left town on the night of the tragic shooting for their own safety. They are returning to the area to be arraigned. They are not fleeing from law enforcement despite recent comments in media reports.”

So far, they’re no where in sight.

It would later be determined that the firearm used in the shooting was purchased by the father a few days ago on Black Friday, and was reportedly purchased for the son, who isn’t allowed to own a handgun at such a young age.