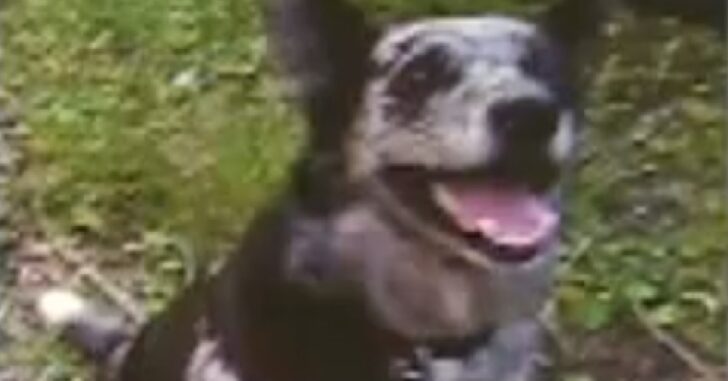 MANCHESTER, MO — When one dog was shot after wandering into a neighbor’s yard and reportedly threatening a resident, he died, and the dog’s family wants answers.

They think their dog didn’t have an aggressive bone in his body.

Jackie Dukart says she is not sure how her dog Ruger got out of the house on October 4. She said she later saw him coming up the driveway.

“I could tell something was wrong. I got him in the house and he was bleeding, he had a gunshot wound,” said Dukart.

Ruger died a short time later. Police said a neighbor was in his driveway when Ruger approached him in an “aggressive manner, growling and barking. The resident, who felt threatened and feared the dog was going to attack him, shot the dog.”

Dukart says her dog was never known to be aggressive.

“I’m not denying he would bark, dogs bark. He was never aggressive. I’ve never seen it. Ruger has lots of friends, the neighborhood knows Ruger,” said Dukart.

The family has hired an attorney.

Folks, this is a tricky one. There is way too much “he said, she said” to call this as a concerned citizen here on the sidelines. That being said, there are three things that we should take away from this incident:

1. This owner is speaking and behaving as though her dog trespassing on another person’s land is acceptable. It’s not.

That dog should never have been able to get into the situation in which he found himself. There’s just no excuse for that.

2. The odds of the man who shot this dog being held liable are pretty low.

If he’s to be believed, a dog approached him in his yard, and began to bark and growl at him. Wouldn’t you be worried about an attack? Asserting that your dog isn’t aggressive isn’t a viable advocacy for your deceased pet, which is why you don’t let your pet get out in the first place.

3. I write way too flipping many stories about dogs getting shot, and too many of those animals die.

Folks, part of being a responsible citizen is taking care of your animals. Please do so. We need to do what we can, when we can, to cut down on the unnecessary deaths of animals.

Defend yourselves when you need to, but let’s do what we can to make these shootings nearly unheard of.