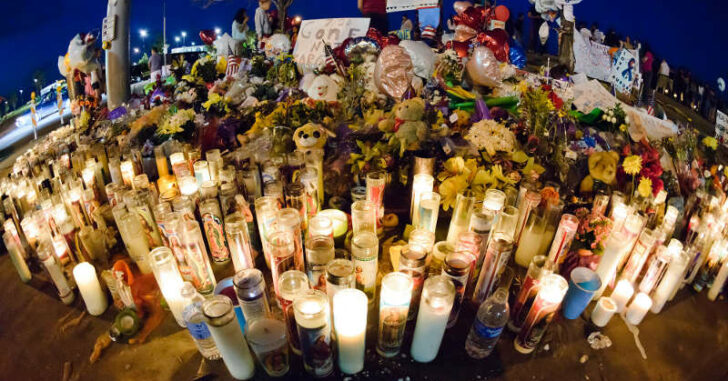 CENTENNIAL, COLORADO — In a case that’s dragged on for more than 3 years, but finally the gunman responsible for the killing of 12 people was finally found guilty.  The New York Times reports that a jury of 13 peers deliberated for 3 hours before finally delivering their verdict.

In the Arapahoe County District Court, over 250 witnesses had been called over a 10 week period.  These included former classmates at the University of Colorado, psychiatrists, as well as the family and friends of those who had been killed or wounded in the ensuing massacre.

While this concludes the trial portion, in which the gunman was found to be guilty, there has yet to be a formal sentencing hearing.  According to the New York Times, the prosecutor has said, “justice is death.”

For those unfamiliar with the case, The Denver Post covered the original story back in July of 2012.  A lone gunman entered through an open hatch in the back of a theater.  From there he proceeded to open fire with three guns onto a crowd of over a hundred people.  When authorities found him, he had already taken 12 lives and wounded over 30.

He came equipped for the fight.  According to the Denver Post report, he had three guns on him as well as body armor, a helmet, and ballistic shield.  He had also orchestrated a system of explosives set to trigger upon law enforcement entering his apartment.  It comes as no surprise that this appears as a premeditated crime.  However, his defense claimed and ran through the motions that he had a chance of being ruled not guilty by reason of insanity.

Thankfully, the courts finally concluded a legal battle that should have ended momentarily after he was captured.

This serves as a reminder that carrying daily is a daily commitment to the safety of yourself as well as your family and friends.