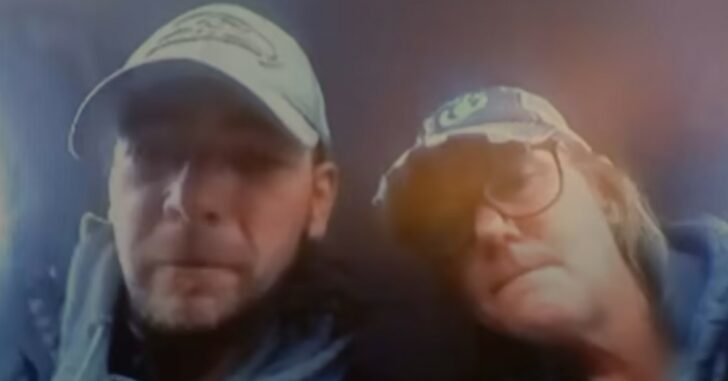 It’s rare for parents to be charged in connection with their child’s actions as part of a school shooting, but that’s exactly what’s happening to the parents of the 15-year-old boy who killed 4 classmates and injured 7 others earlier this week.

“The parents were the only individuals in the position to know the access to weapons,” Oakland County prosecutor Karen McDonald said Thursday. The gun “seems to have been just freely available to that individual.”

Michigan does not have a law that requires firearms to be locked up from children, but the prosecutor seems to (of course) have information that we’re not aware of yet, hence the apparent justification for the charges.

“All I can say at this point is those actions on mom and dad’s behalf go far beyond negligence,” McDonald said.

Evidence suggests that the parents bought the gun as a gift for their son, who obviously can’t legally own it.

James and Jennifer Crumbley were summoned to Oxford High School on the morning of the shooting to address the note found by the teacher. Ethan Crumbley and his parents together met with school personnel, where they were shown the note and were advised to take their son to counseling within 48 hours.

During the meeting, Prosecutor McDonald says that the parents both “failed to ask their son if he had his gun with him, or where his gun was located, and failed to inspect his backpack for the presence of the gun — which he had with him.”

Investigators previously said that the weapon was likely stored in Ethan Crumbley’s backpack on the day of the shooting, which was present during the Tuesday meeting.

That doesn’t sound good, and serves as a reminder to gun owners; your guns are your responsibility, and it’s up to no one but you to secure those guns, and to know where they are at all times.

Like many mass shootings, there were ample warning signs that pointed to: Hey, this kid needs help and he’s showing signs of being a danger to himself and others.

Previous article: Use What You Have Available; Rolling Pin Edition Next article: UPDATE: Parents Of Suspect In Michigan School Shooting Found Hiding In Commercial Building