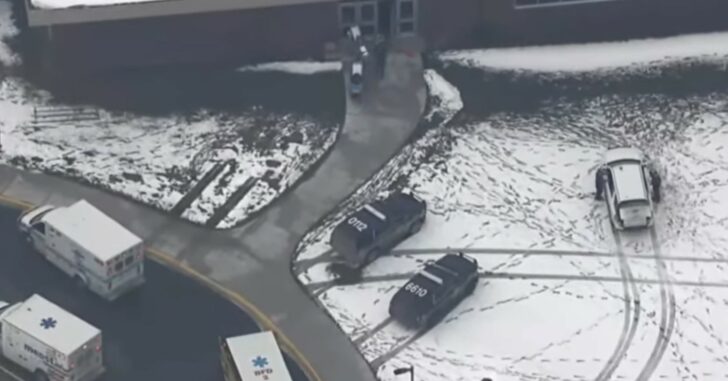 OXFORD TOWNSHIP, MICHIGAN — A 15-year-old is in custody after police say he brought a handgun to school and opened fire on classmates and faculty, killing 3 students and injuring another 6, including a teacher.

Once 911 calls began to come in, police were on the scene quickly. An officer was nearby and helped to take the suspect into custody, who reportedly did not put up any sort of fight.

The suspect has refused to speak with police, instead requesting an attorney. Police say he was a student at the school.

The school, Oxford High School, is a complex of sorts and implements high levels of security throughout the day. Police apparently know how the student was able to bring the gun into the school but would not elaborate.

Authorities confirmed a 15-year-old active shooter fatally shot 3 victims and injured 6 others at Michigan's Oxford High. The incident occurred “all within 5 mins” before the student was placed in custody. Stay updated here: https://t.co/mxYIPlud0T ⁦@detroitnews⁩

Previous article: Man Chases Woman Down Alley To Prove That He's Not Scary Next article: [LIGHT REVIEW] ACEBEAM Defender P15 Is Going To Light Up Your World