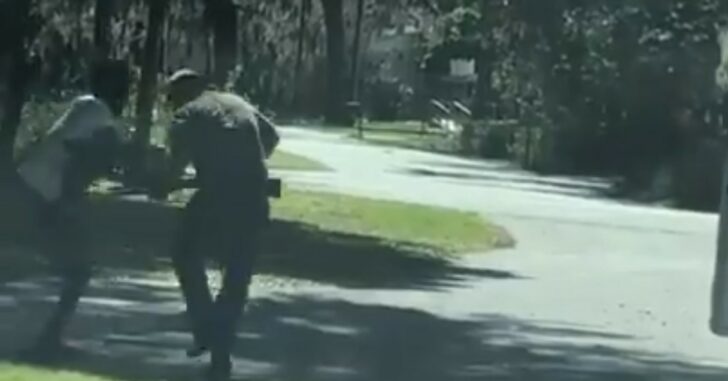 While a break was about to be called for the day, the jury wanted more time deliberating, which could signal that they’re close to a verdict.

The trial houses defendants Travis McMichael, 35, his father Greg McMichael, 65, and their neighbor William “Roddie” Bryan, 52. The trio are charged with murder, aggravated assault and false imprisonment for the Feb. 23, 2020, fatal shooting of Ahmaud Arbery outside Brunswick, Georgia.

The 12-person jury began deliberations today, which marked the 13th day of the trial.

This is a case where one of our main topics of discussion on Concealed Nation comes into play: Don’t chase or actively go after anyone. In this incident, the defendants believed that Arbery was responsible for recent break-ins in the neighborhood, and decided to chase him down when they saw him in the neighborhood. That’s a big no-no, regardless of whether or not they were correct in their assumptions.

Admittedly, I’m not up to speed with the trial because of the Rittenhouse coverage, and for that I am upset, because this is an important case for self-defense as well.

And for the record, my prediction is a guilty verdict for at least one of these men, and that verdict would be justified in my eyes.

You can watch live below.