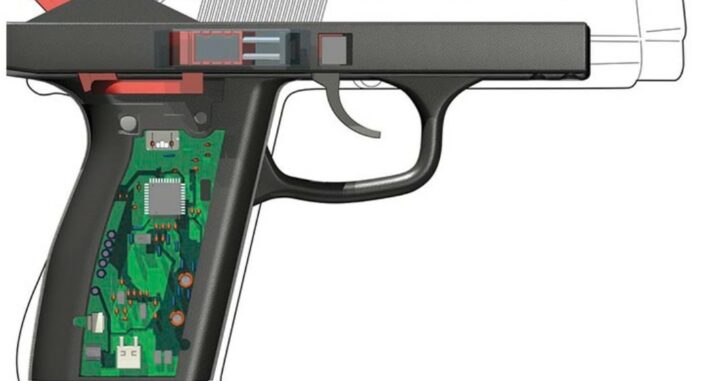 By Dean Weingarten via TTAG

Among those who dearly desire a disarmed populace, any measure that makes firearms harder to access, possess, and use is considered a positive thing.

Thus, equipping firearms with with complex, delicate electronic circuitry, that only allows certain users, possibly at certain times and in certain places, to fire a gun is being promoted as something that can save lives. Never mind that none of this technology actually exists yet in any reliable form. Or that it would price guns out of reach for many buyers.

This is a one sided argument that pointedly ignores the the fact that widespread adoption of “smart” gun technology can and will cost lives.

Pew found 30 percent of adults in the United States admit to owning a firearm. Forty-nine percent of the remaining 70% say they’ve never owned a gun. That’s about 840 thousand adults who say they have used one for defensive purposes.

How many of those adults would have been prevented from defending themselves if gun use were limited by “smart” gun technology?

Very few suicides would be prevented. The vast majority of suicides are committed with a gun owned by the person committing suicide, so widespread adoption of smart gun technology wouldn’t stop gun owners from shooting themselves.

If a person can’t access a gun, many other methods are readily available. In Australia, when access to guns was made more difficult, single vehicle crashes and suicide by hanging increased to offset the decrease in suicide by gun.

And very few accidents would be prevented. There are only about 450 fatal firearm accidents in the US each year. Most of them occur with adults who have access to firearms, but who are irresponsible in their actions. Electronics won’t stop irresponsible behavior.

Very few murders involve criminals who take guns from the hands of police or armed victims. The number of police shot with their own gun used to be higher, around 20%. Retention holsters and retention training has significantly reduced those numbers.  In the last 10 years, the number of officers who have been killed with their own weapons has averaged 2.2 per year.  2.2 per year is a little more than 4%. It is very far from thousands a year.

To the contrary, complicated electronics installed on firearms would cost lives through a higher failure rate. Guns are a safety tool for life and death situations. No one is suggesting installing complex electronics to control the-use fire extinguishers.

At the heart of the issue is a divide over whether guns provide a net benefit or a net detriment to society.

Those who have made the decision to own a firearm, don’t want “smart” guns. They see them as unnecessarily complicated with electronics that can fail when the gun is needed most. They are wary of complicated electronics that might have bugs or “back doors” allowing the gun to be rendered useless. And they don’t want to trust their life to potential battery failures.

Those who have made the decision to be unarmed see “smart” guns as yet another way to prevent guns from being used.

The Pew numbers show hundreds of thousands of people who have never owned guns, but who have used them for defensive purposes.

Many of those people could have been prevented from doing so if the guns they used had the electronic circuitry in place to severely limit who use them. “Smart” guns are more likely to cost lives than to save them.

Previous article: Security Guard Forced to Shoot After Mob Attacks Him Over a Basketball Court Next article: [SAFE REVIEW] The Gunbox 2.0 Review