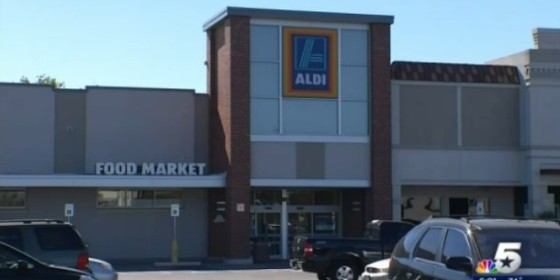 A 71-year-old Texas man did what he thought was necessary to protect his wife from a robber Tuesday night while the couple was leaving a grocery store. Upon exiting, a 36-year-old man came up to the wife and ripped her gold necklace right off of her neck. Then, the man knocked her down and began to rob her.

“Her neck was all red, I guess from him, I guess he was choking her and pulled her down because she had scrapes and she had one bruise, but it all just happened so fast,” Juarez [a witness] said.

The man, Ronnie Lummus, drew his concealed carry firearm and fired numerous shots at the robber as he was fleeing. The robber was able to get into a vehicle and drive a short distance, but crashed and died shortly after.

“We called the cops and they said ‘well check if he’s breathing or if he’s ok,’ but that’s when he was just laying like this, and he had a hole here and he was like his mouth was full of blood and he wasn’t moving so I was like I’m guessing he’s dead,” Juarez said.

Police interviewed Lummus, his wife, and other witnesses in the area. They note that Lummus has a valid concealed carry permit for Texas, and that he told police he was afraid that the man would harm either him or his wife.

Everyone who witnessed the attempted robbery and shooting was on the record as saying Lummus acted in self defense. Even with this, the case is going to be handed over to a grand jury to decide if charges will be filed.

If the grand jury decides to move ahead, good luck convincing a jury that the 71-year-old man was in the wrong for defending his wife who was being assaulted by a man half their age. I sure wouldn’t want to be the prosecutor in that case.

Previous article: The Determined Find A Way: Another Beheading, This Time In New York Next article: Moms Demand Action Literally Chases Down Kroger Execs At Their Annual Meeting