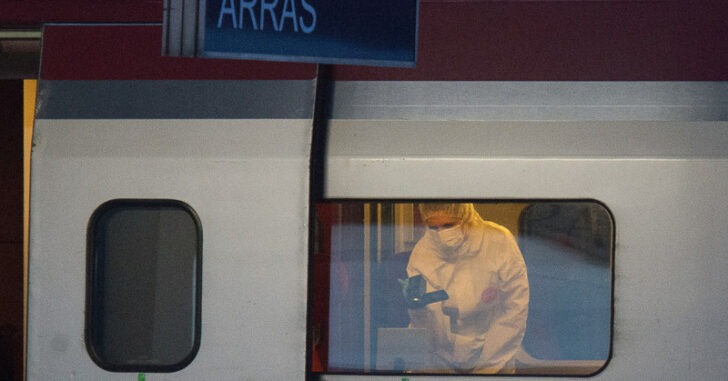 ARRAS, FRANCE (EU) — Details have emerged about the two heroes who thwarted a 26-year-old Morrocan’s attempt to open fire on a train traveling from Paris to Amsterdam.  According to multiple sources cited through Mashable, when the heroes heard the attacker loading his Kalashnikov, they knew what they had to do.

Spencer Stone, a member of the U.S. Air Force, and his friend Alek Skarlatos, of the U.S. National Guard, immediately looked at each other.

“Get him,” Skarlatos, 22, said. And like that, Stone jumped out of his seat, ran about 32 feet, and tackled the gunman, who was also carrying a knife.

Once the two service members had tackled the attacker, a third participant jumped in and assisted.  Between the three of them, they had pretty much subdued the attacker – according to CNN – but the attacker was still armed with a box cutter and slashed Spencer behind the neck and almost severed his thumb.

Despite injuries, the servicemen were able to keep the terrorist subdued until the train could be diverted to Arras.  Upon arrival, French anti-terror police quickly secured the scene and the terrorist has been taken in by French intelligence whom will no doubt be very interested to hear his motivations.

The third participant who helped subdue the attacker?  None other than French actor Jean-Hugues Anglade.  He was taken to the hospital shortly after the train stopped.  CNN reports he suffered injuries to his hand.

None of the injured appear to be in critical condition – as was prior reported.

As for Spencer and Skarlatos?

A White House official said Friday night: “Echoing the statements of French authorities, the President expressed his profound gratitude for the courage and quick thinking of several passengers, including U.S. service members, who selflessly subdued the attacker.

“While the investigation into the attack is in its early stages, it is clear that their heroic actions may have prevented a far worse tragedy. We will remain in close contact with French authorities as the investigation proceeds.”

So this turned out much, much better than it was originally reported.  Which is good to see because honor, courage, and commitment are not the sole property of the United States Marine Corps (even though, and I may be partial, they are exceptionally good at it).