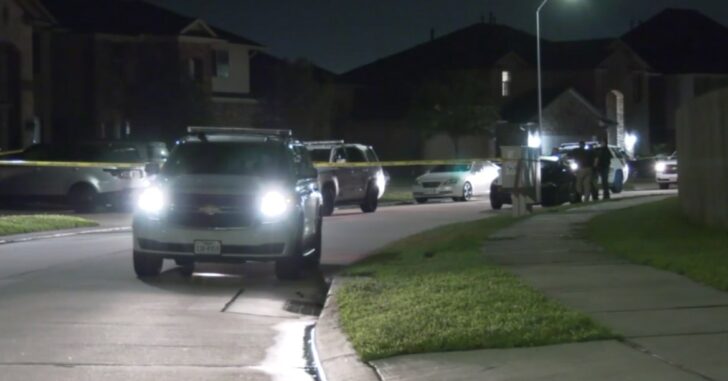 MISSION BEND, TEXAS – A woman was shot by her son-in-law after he thought she was a burglar attempting to break into the home where he and the woman’s daughter live. The tragic error took place around 3:30 a.m. Saturday in an upscale neighborhood on Oakland Manor Lane.

According to deputies with the Fort Bend County Sheriff’s Office, the woman and her husband had been drinking all night and ended up in an argument. She left her home and went to her daughter’s home. The couple’s doorbell camera recorded her knocking on the front door. Getting no response, she went around the house and began banging on the back door.

Her son-in-law, thinking that someone was attempting to break into the home, armed himself and called authorities. Shortly after making the call, he fired through the back door, with bullets striking the woman in the chest, back and arm.  She was transported to a local hospital for treatment and is expected to recover. Deputies indicated it is unlikely that anyone will be charged in the incident.

There are four rules of gun safety. One of them is to know your target, and what is in front of and behind it. Thinking that someone is breaking into your family’s home is a high-stress situation, but it is no excuse to ignore gun safety rules. The person on the other side could have been in an accident or crime victim seeking help, a juvenile neighbor seeking help for a parent with a medical emergency, or a law enforcement officer trying to deliver an emergency notification to the occupants.

As a gun owner, all safety rules must always be observed and practiced. It is irresponsible to shoot through a door when you are not one hundred percent sure who or what is on the other side.

Previous article: Store Owner Shoots And Kills 3 Armed Robbers In Same Store Where His Father Was Gunned Down During Robbery Next article: Join Us For A Few Days Of Training With Some Of The Best In The Industry!