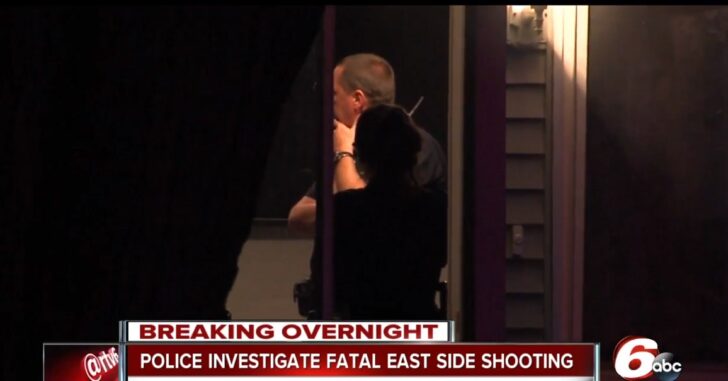 INDIANAPOLIS, IA — A teenager was shot and killed by his own family after his re-entrance in the middle of the night was mistaken for an attempted break-in.

Officers were called to a home in the 1800 block of Routiers Avenue around 4:15 a.m. for a person shot. When they arrived they found a teen lying inside the door of the home, suffering a gunshot wound. That teen was pronounced dead at the scene.

A family member told police that they thought everyone who was supposed to be home at the time was already in the house and that someone was trying to break in. “It’s a very tragic accidental shooting of a family member,” IMPD Officer Jim Gillespie said. The teen was identified as Eugene Dobbins.

Police are not releasing what family member was involved in the shooting. Two people were taken to IMPD headquarters for questioning. Police will work with the Marion County prosecutors office to determine if charges will be filed.

It was later revealed that the teen was either sneaking out or coming back home from having sneaked out. Figures. But there are a couple of lessons that can be taken from this.

1. Family security and trust is everything. What this teen did was unwise, especially if he knew that their family was armed and ready to shoot an intruder, but there is a chance that this could have been avoided by upholding family security — being vigilant about differences of behavior that might indicate that family members are doing something strange is important even when the circumstances aren’t this dire.

2. Vitally important for the shooter — know what you’re aiming at. “Vague shadow” will not hold up in court, and in cases especially like this, the consequences are heart-breaking.