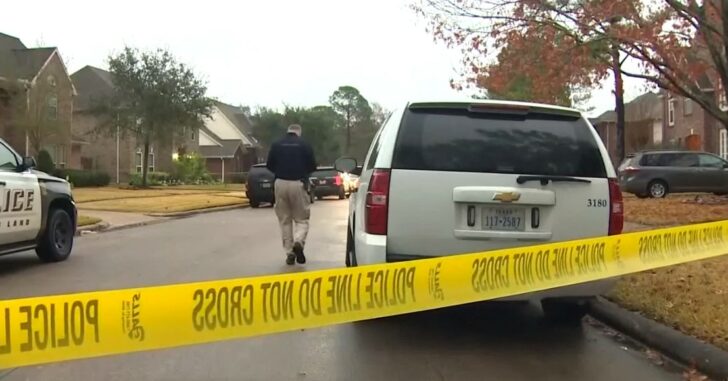 SUGAR LAND, TEXAS – A mother with a child in the house shot an intruder in the early morning darkness of January 22nd.  Sugar Land police officers were dispatched to the home in the 200 block of Shadow Wood Drive, in the affluent Sugar Mill subdivision, for a reported shooting.

According to Assistant Chief of Police Michelle Allen, the woman was sleeping, and her 8-year-old child was also in the home when she heard a noise at her back door around 4:30 a.m. Arming herself, she went to investigate and found that a man she did not recognize had broken a window and was attempting to enter the residence.  She opened fire, striking him in the chest, but he was able to flee the scene on foot.

Responding officers tracked the man down, following a trail of blood through the backyards of neighbors, finding him less than a block away. The suspect, identified as Santana Anthony Hudson, 21, was transported to Memorial Hermann Hospital and treated for his injuries. He was arrested and charged with burglary of a habitation and unlawfully carrying a weapon.

Neither the woman or her child was injured in the incident, and police are reviewing surveillance video from the area to see if the man was acting alone or if anyone else may have been involved.

This incident could have ended much worse if the woman had not taken quick and decisive action to protect herself and her child by arming herself, challenging the suspect early on, seeing him clearly enough to know that she did not recognize him, and using her firearm in self-defense.