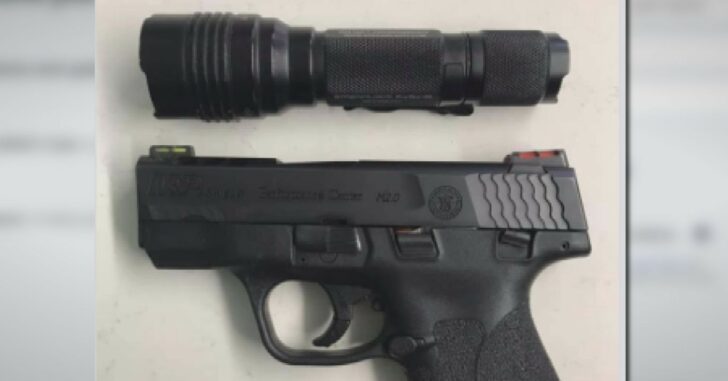 BUXTON, MAINE — A couple were asleep inside the home around 3am Saturday when someone broke in. They wasted no time with their reaction.

As the wife called 911, the husband grabbed his flashlight and gun, moving about the house until he found the intruder.

He first blinded him with his flashlight, then forced him into a bathroom at gunpoint. All the intruder could do now is wait for police to arrive.

“That’s a tough spot to make a good decision,” the husband said. “I don’t know if this guy has family or if it’s just a bad experience but it’s in my house.”

With more and more people staying at home, one Maine couple never expected to have to hold an intruder at gunpoint in their bathroom until police arrived. Their story and message about 'being prepared' coming up on #NEWSCENTERmaine #wakeMEup pic.twitter.com/PXudiNFU0D

The couple went public with their story not for the attention, but to make others aware of the times we live in. Their message: whether you have guns or not, you need to be prepared in some fashion.

“It was nerve-racking obviously. It was 3 o’clock in the morning. You don’t expect that,” said the husband.

The two were ready for this unfortunate encounter and came out victorious. They had a plan, stuck to it, and ended a home invasion with no bloodshed.

The suspect, 48-year-old Joseph Harmon, was arrested and faces charges of burglary, criminal mischief, refusing to submit to arrest, and theft by unauthorized use.