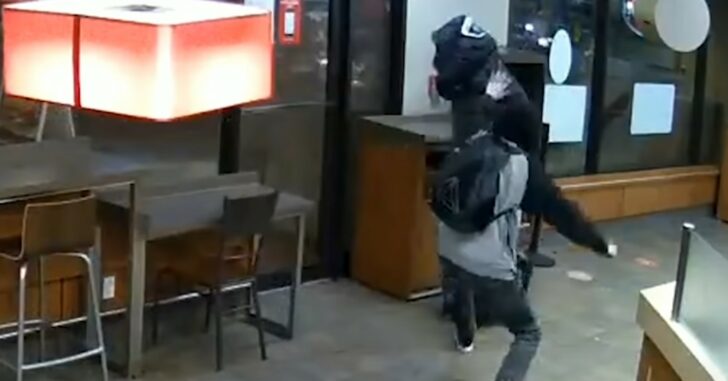 We talk a lot about situational awareness and learning to view your world in a different way, and always paying attention to those around you when you’re out doing your daily activities.

Something went wrong below, and no one knows for sure what provoked the man with the knife to attack the other man. The two didn’t speak a word to each other prior to the attack, and Mr. McStabby hasn’t been located by the police.

The victim in this case survived his injuries, but it wasn’t easy. Stabbed 3 times in the back and 1 time in the neck, it took some time for him to pull through and get back to something resembling normalcy.

If the victim had been observing his surroundings and didn’t have his back turned to the attacker, he could have had a chance at defending himself. It’s a tough thing to go up against a knife, but if you can see an attack coming even a second early, you have a little bit of reaction time, and that’s something.