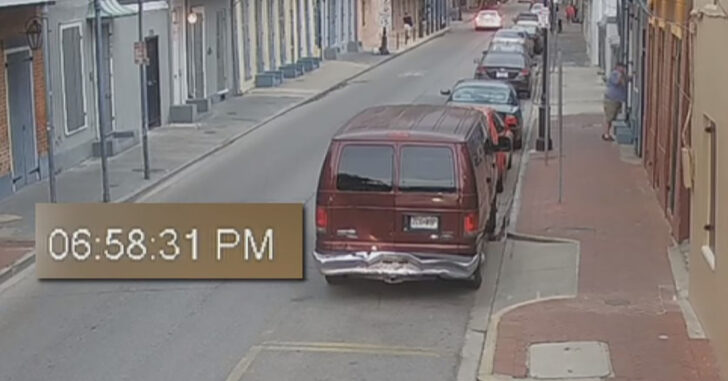 Last week a tourist in New Orleans, 29-year-old Matthew Clark, began knocking on a number of doors in a residential section of the French Quarter. In surveillance video, Clark looks to be drunk, which would hardly be unusual for the area.

Eventually, he found a house where someone was home.

The homeowner, whose age and gender were not released, told police they heard banging on the door of their home, “retrieved a gun and opened the door,” according to preliminary information from NOPD.

It’s not clear why the unidentified homeowner opened the door, but open it they did. And a few seconds later . . .

The man died at the scene, authorities said.

Upon further review, the NOPD has determined that the shooting was justified.

No charges will be filed against the homeowner “based on the investigation and circumstances of this incident,” an NOPD spokesperson said Friday.

As someone who used to live in the Crescent City, it’s difficult to understand why someone living in that area would open their door to an unknown knocker. Like so many urban areas, New Orleans has seen its violent crime rate surge over the last year plus. This defensive gun use appears to be a justified, if unfortunate result of a combination of too much booze and too little caution.

Previous article: 3 Dead, Including Child, After A Shooting Inside Publix Supermarket In FL Next article: Robbery And Kidnapping Foiled When The Person Kidnapped Draws Concealed Firearm