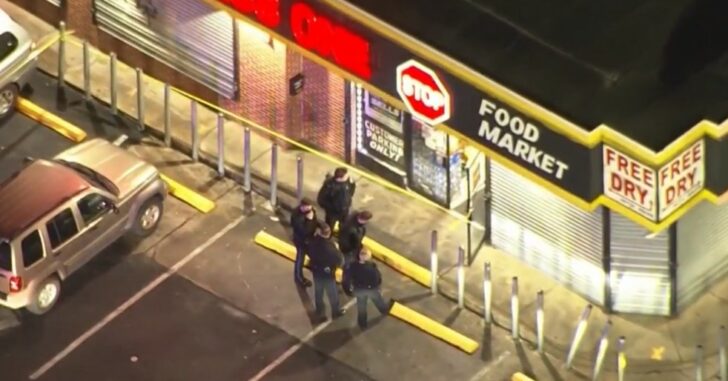 PHILADELPHIA, PENNSYLVANIA – The decision to take on an armed robber resulted in a store owner being shot five times on Monday evening.  Philly police say the events unfolded around 7 p.m. in a corner store on the 2000 block of East Allegheny Avenue.

According to reports, a 51-year-old man entered the store, pointed a gun at the head of the 36-year-old owner and announced a robbery. The owner grabbed the gun in an attempt to wrestle it from the robber. During the struggle, the owner was four times in the stomach and once in the left arm.  The suspect also received a gunshot wound to a finger and possibly grazed on the side of his head.

Employees and a customer rushed in and detained the suspect until police arrived on the scene. Both injured parties were transported to Temple University Hospital and were listed in stable condition. Police recovered the handgun and arrested the suspect.

Working behind the counter of a retail business is a high-risk occupation that unfortunately also comes with the ever-present knowledge that employees run a high probability of becoming armed robbery victims.

While wrestling a handgun away from an armed robber is one way to handle the situation, it is far from the safest or most effective. Had the owner been armed with his own handgun and proper training, he could have put his energy into moving out of the line of fire, drawing his own gun and defending himself against the armed man with equal force.

Given the circumstances, it is fortunate that he survived the incident with non-life-threatening injuries, and that no innocent employees or customers were wounded or killed in the wrestling match.

Previous article: UF Police Leave Their Vehicles Unlocked, 3 Guns Stolen Next article: What Should You Do If The ATF Comes Knocking On Your Door - Polymer80 Customer List Reportedly Confiscated