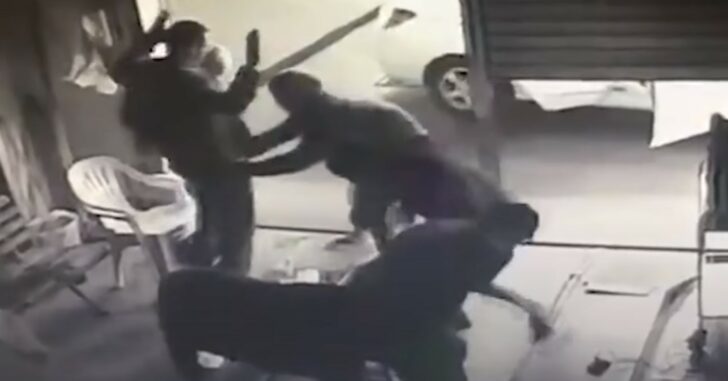 In Brazil, gun ownership by citizens isn’t common, and carrying a gun legally is unheard of. The man in the video, however, is a hunter with a legal handgun. He was apparently on his way to a hunting trip when he stopped at a store to get some snacks.

Let’s be clear though; while the firearm was legally owned, it wasn’t legal for him to be carrying it while not hunting. With that said, let’s continue.

During the stop at the store, 5 thugs roll up in a stolen vehicle and try to rob him and another person.

He complies at first, making the thugs think that he isn’t a threat. Then when he feels the opportunity is right, he draws and fires, hitting multiple targets.

Check out the video below to see how it all went down, and remember why we’re so grateful here in the US to be able to carry firearms in order to defend ourselves. Hopefully that will happen in other countries like Brazil, where the criminals are (usually) the only ones with guns.