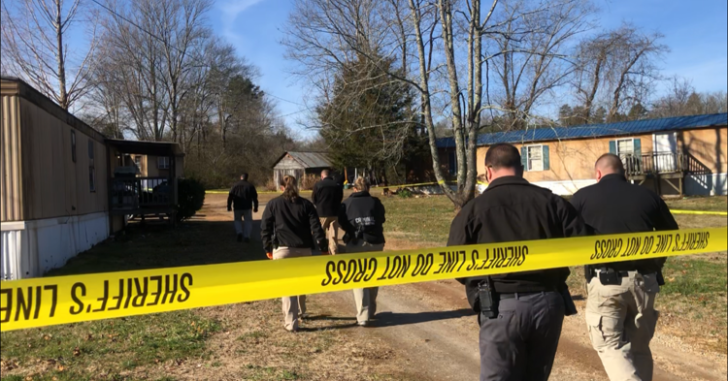 MORGANTON, NORTH CAROLINA — It is incredible how quickly tempers can flare and lead to bad things. In this case, two friends got into a heated argument and now one of them is dead. As of right now police are considering this a defensive gun shooting, but details are sketchy.

Leonard Evan Loehr, 42, was found dead at 1855 Skyland Drive, Lot 3, after deputies were dispatched to the address at 2:51 a.m. for a reported self-defense shooting, according to an earlier release from the Burke County Sheriff’s Office.

The shooter told deputies he came to the address to help Loehr move some items but an argument ensued, according to Sheriff Steve Whisenant.

Whisenant said there was a struggle for a shotgun in the house when the shooter pulled his own gun and shot Loehr. Only one shot was fired.

Detectives still are reviewing evidence to determine if the shooting was in self-defense, but Whisenant said witness statements are corroborating what happened.

Without more details this whole story seems strange and vague. What we know is that the shooter went to his friend’s house to help him move stuff. While performing this activity an argument between the two men break out. At some point during this argument a shotgun comes into play.

The two men begin to fight over control of the shotgun. The shooter felt his life was in danger at this point. In response, he pulled out his own firearm and shot his friend. The one shot he fired was enough to make this a fatal shooting.

The shooter seems to have done most things right. There are a couple things worth mentioning however. First, he allowed the argument to escalate to the point where firearms had to be involved. When carrying a firearm, or when firearms are in play, there is a greater emphasis for cooler heads to prevail. If the shooter could have walked away before the argument crossed the tipping point, he should have.

Despite a couple of things that could have been done better, the shooter did most things well. He accurately identified when his life became in danger and took action. Had he hesitated or waited to see “what could happen” he may have been the one killed. Once he saw that his friend wanted to use the shotgun to kill him, he defended his life using his own firearm.

Previous article: Man Wakes Up To Home Intruder Pointing A Gun At His Head, Wrestles Gun Away, Shoots Home Intruder With Own Gun Next article: Armed Woman Draws Gun On Peeper, Forces Him To Flee Out Of Women's Bathroom