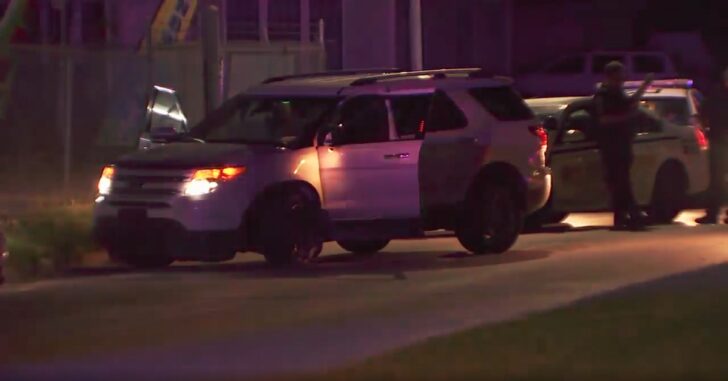 HOUSTON, TX — Two men were in for the night of their lives when they were kidnapped by at least three individuals late last month on Houston, Texas, KTRK reports.

The two men were brought to one of their homes, but that victim’s family was armed and was not willing to roll over and let the captors do whatever they felt like.

Authorities tell ABC13 this started on DeSoto Street, where two men were kidnapped by at least three people in a white Ford Explorer. The kidnappers then took the hostages to a home on Kenswick Drive near Bush Airport. That house is also where one of the hostages lives. The suspects tried to get into the home, but the hostage’s family got into a shootout with them.

Officials say that’s when the kidnappers took off.

Police tell ABC13 the suspects kicked the hostages out of their SUV at a convenience store and left them there. Authorities then saw the suspects’ vehicle driving erratically. When deputies tried to pull it over, the driver kept going, leading them on a chase that topped speeds of 60-70 miles per hour.

The driver hit a curb and blew out a tire, crashing at Irvington Boulevard near the Hardy Toll Road. One woman was arrested. At least two more people ran out of the vehicle. One of them got away. Deputies found the other person in the back of a newspaper delivery truck. The suspect allegedly asked the driver for a ride to Beaumont. That’s where the SUV was stolen.

Officials found at least one gun inside the vehicle. They say all of the suspects are in their late teens to early 20s.

It is my hope that my family would do the same for me.

Previous article: Man Steals Car And Wildly Shoots Out Window At Other Vehicles Is Stopped By Armed Camper Next article: Report: Civilians Bought More Guns in the Last 2 Months Than the Military Has In Total