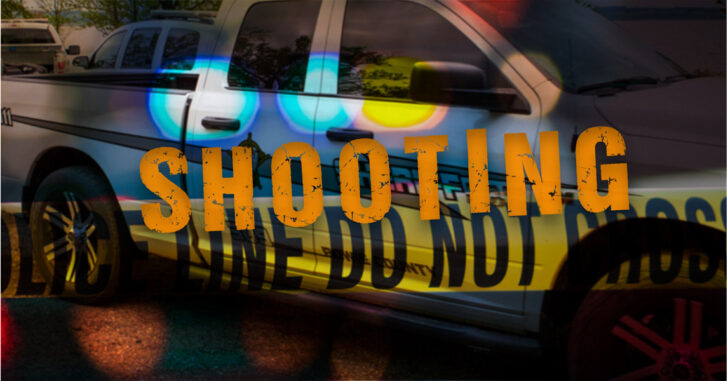 Here’s a pro tip for you aspiring burglars and home invaders out there in Internet Land: if you try to break into a home in rural Texas, you’re taking your life in your hands. The Lone Star State is home to more than 10 million gun owners, about 35% of the population.

That’s not the highest percentage in the country. In fact, it’s only in the middle of the pack. But when you get outside the Dallas, Houston, San Antonio and Austin urban areas, that percentage goes up. Way up.

Unfortunately, Michael Wade McBride of Texarkana apparently wasn’t up on the latest Texas gun ownership statistics. Or maybe he was just too wasted to care.

In any case, he tried to break into a Bowie County home in east Texas last week and came away from the experience with one more orifice than when he started the evening.

According to Bowie County Sheriff’s Office Chief Deputy Neal, Bowie County deputies were dispatched to a disturbance call in the 100 block of Bateson Lane around 9:30 p.m. Wednesday. The information provided by the caller was that a white male named Wade wearing blue jeans, no shirt and a teal colored hat was intoxicated at this location and causing the disturbance. While still on the way to this call, the deputies were informed of a burglary in progress in the 400 block of Fricks Lane. This location is adjacent to the original disturbance call on Bateson Lane.

The Fricks Lane home owners, Joseph Combs and his wife, were there at the time McBride decided to attempt a break-in and — surprise! — they were armed.

The caller said that a white male was attempting to break in her home through the back door and her husband, Joseph Combs, had shot the intruder. Deputy Michelle Carrier and Texas Department Public Safety Trooper Chad Turner arrived a short time later. They found a white male matching the description of the disturbance suspect on Bateson Lane lying in the backyard of this home with a gunshot wound.

McBride is in stable condition and will apparently survive his wounds. He’s likely to be charged with attempted burglary, trespassing and anything else the Bowie County prosecutor can think of.

Mr. and Mrs. Combs are safe and sound and, unlike McBride, probably don’t have to worry about criminal charges given Texas’s laws that give homeowners the benefit of the doubt in protecting their lives and property. All’s well that ends well.