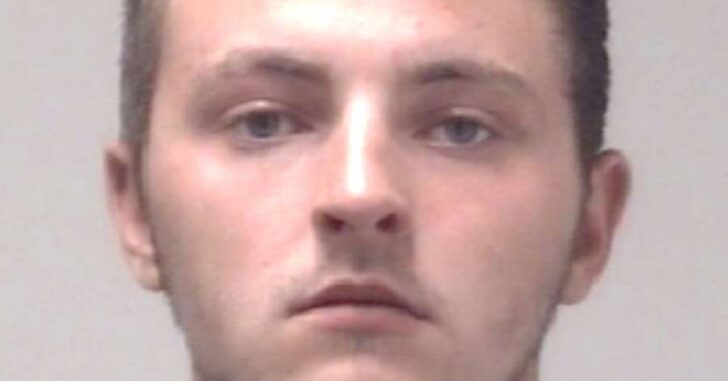 COWETA COUNTY, GA — A man was taken to jail after threatening an armed man in a car near his house with a shotgun, The Newman Times-Herald reports.

Aryan Michael Ansley, now 19, and his family have a vastly different version of how things went down, but he was caught on camera.

As the Times-Herald reports:

Aryan Michael Ansley, 18, was taken to the Coweta County Jail and charged with aggravated assault with a firearm and terroristic threats. Ansley was accused of retrieving a shotgun from the trunk of a car, racking the gun and pointing it at another man and his 14-year-old daughter while they were sitting in a truck in front of Ansley’s house.

The 18-year-old man threatened to shoot the man and allegedly said, “don’t think I won’t blow your daughter away too,” according to the police report. The father told a Coweta County Sheriff’s Deputy he grabbed his pistol to protect himself and his daughter from Ansley. The suspect put down the shotgun and walked to the victim’s truck and reportedly said he wanted to fight him.

The victim told deputies he drove off and called 911. According to the police report, the 14-year-old girl recorded the dispute between Ansley and her father on her cellphone. Deputies watched the video and determined Ansley was the primary aggressor, the report said.

When deputies returned back to Ansley’s home, the man reportedly gave them permission to search the house. Deputies reportedly found Ansley’s shotgun a child’s crib, the report said.

Interestingly enough, both the reported fiance and mother of Ansley hopped on the comment thread, swearing that although Ansley’s actions might have been threatening, the driver he threatened regularly did very similar things to him for multiple years.

“My fiancée was protecting me and our child. Not to mention this whole feud started 4/5 years ago. When my fiancée was 15! He is 19! With a family! We don’t go out of our to harass this guy we try to stay as far away as possible,” said his reported fiance, Paige Bryant.

Now, I can hardly verify the actions claimed by either of them, but the fact is Ansley was caught on tape doing some pretty terrible things. With luck, both he and the driver can get the help they need.