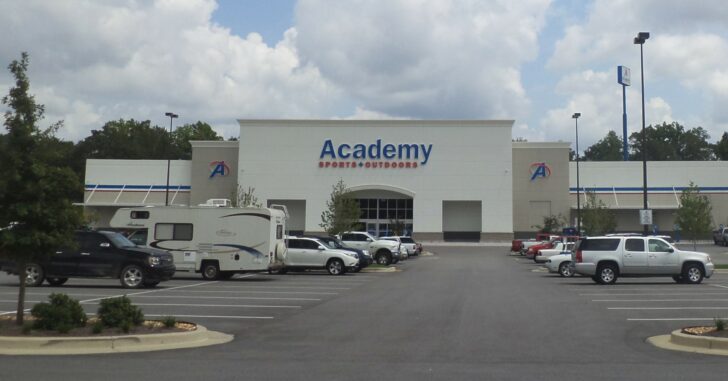 TALLAHASSEE, FLORIDA — Dean Crouch was fired a few weeks ago from his manager position at an Academy Sports location. The reason; He tackled a man who had just stolen a pistol and ammunition from the store.

After receiving national attention for his actions, the chain has decided to give him his job back.

“I am pleased to report that the head of Academy Sports + Outdoors stores spoke with Mr. Crouch and offered him his job back and Mr. Crouch accepted,” his attorney Ryan Hobbs said.

In the beginning, Academy Sports seemed to be sticking to their guns with the decision to let Crouch go after the incident.

“We are grateful that everyone is safe after this incident and for the quick actions of the Tallahassee Police,” Academy Sports spokeswoman Elise Hasbrook said in a statement e-mailed to us more than a week after our initial request for comment. “We have policies in place to protect our team members and customers during a robbery. While this incident ended without injuries, actions inconsistent with our corporate policies were taken.”

It’s great to see the company change their mind, as Crouch was facing a lot of hardship after losing his job for an action that many saw as heroic.

Previous article: Security Guard Forced to Shoot After Mob Attacks Him Over a Basketball Court Next article: [SAFE REVIEW] The Gunbox 2.0 Review