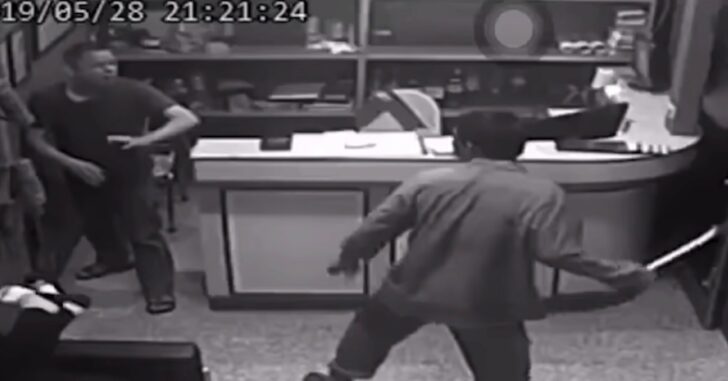 There’s evil, there’s brutal, there’s terrifying. This video has it all, and it’s a clear reminder of how quickly our lives can change at the hands of a madman.

This incident took place at a restaurant, all because a patron was drunk and angry after being asked to leave. He did leave, but only to go to his house to grab something that he could use to inflict severe damage on the ones who made him lose his mind. In his mind, that is.

When he came back, he had a large knife and started attacking anyone in his way; the first being a customer who was on his phone close to the entrance.

He continues on, focusing on the owner and a waitress, inflicting severe wounds to each. Luckily, they both survived the terrifying encounter.

The suspect was later found by police and arrested.

There is a lot to learn from this video, and worth the watch all the way through.