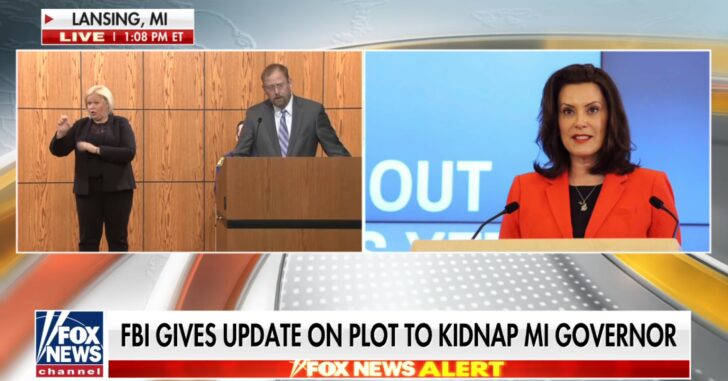 Seven people have been arrested and said to either be members, or associates, of the militia group Wolverine Watchmen. Their plans were extensive, according to the FBI, and included kidnapping Michigan Governor Gretchen Whitmer.

The suspects, now under arrest, are accused of calling on the groups’ members to identify the homes of law enforcement officers in order to target them; making threats of violence to instigate a civil war leading to societal collapse; and engaging in planning and training for an operation to attack the state Capitol and kidnap government officials, including Gov. Whitmer.

“There has been a disturbing increase in anti-government rhetoric and the re-emergence of groups that embrace extremist ideologies,” Michigan Attorney General Dana Nessel said. “These groups often seek to recruit new members by seizing on a moment of civil unrest and using it to advance their agenda of self-reliance and armed resistance. This is more than just political disagreement or passionate advocacy, some of these groups’ mission is simply to create chaos and inflict harm upon others.”

Numerous agencies were involved in the investigation and ultimate takedown. They were able to take all suspects into custody, and no injuries occurred to either the suspects or law enforcement.

The case began earlier in 2020, when authorities were alerted to plans being made via social media.

During phone calls monitored by the FBI, Fox said he needed 200 men to storm the Capitol in Lansing to take hostages, including the governor of Michigan for “treason,” and he said they would execute the plan before the 2020 elections.

It would seem that they were far enough along to attempt at least some of their goals, and it’s a good thing that the investigation was successful in taking these guys down.

Previous article: You Can't Shoot Someone In The Back If They're Retreating, Even If They Were The Aggressor (Usually) Next article: Concealed Carrier Shoots German Shepherd After Owner Releases Dog On Him