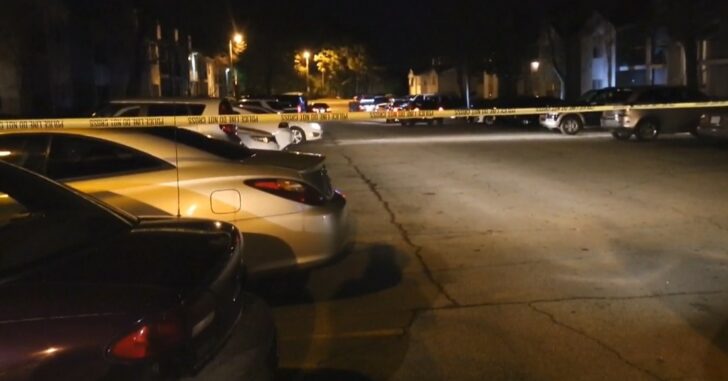 ATLANTA, GA — A father was forced to defend his home, his family, and his own life against a pack of three armed thugs when they attempted to storm his house in the middle of the night earlier this month, the Atlanta Journal-Constitution reports.

The man wrestled with his assailants, and then they opened fire on him. They may have escalated the situation to as bad as it gets, but by gosh did the homeowner finish the fight, killing one of the attackers.

According to the Atlanta Journal-Constitution:

A father home with his two children wrestled with a masked intruder, grabbed a gun and shot him to death early Thursday, DeKalb County police said. About 12:20 a.m., three people broke into the man’s Covington Glen apartment in the 1700 block of Thicket Way and fought with him.

“They had handguns,” Lt. Rod Bryant said. “They started shooting at him.”

The man retrieved his own gun and fired back at the intruders, according to police.

“They continued to exchange rounds,” and the shootout spilled outside, Bryant said.

The masked intruder was found dead in the parking lot. He had on a pair of gloves, Bryant said. The other two intruders got away. One of them is believed to be about 5-foot-11 and in his mid-20s. He was wearing a dark hoodie at the time of the incident, police said. No description was given for the other intruder who got away… Two other adults and the man’s son and daughter, ages 8 and 9, were in their rooms during shootout. At one point, one of them looked outside the room, saw the intruders fighting with the man and tried to call 911.

“I don’t think it was a random incident,” Bryant said. Officials have not specified why they believe that is the case.

And so the plot thickens — but whether the attack was an instance of targeted burglary or something even deeper, this father did right by defending his kids.

Hat’s off to you, sir, for taking on massive odds and coming out ahead.

Previous article: Pair of Dogs Shot at By Off-Duty LEO for Going After Dachsund Next article: President Trump In Response To Repealing 2nd Amendment: It "WILL NEVER BE REPEALED"